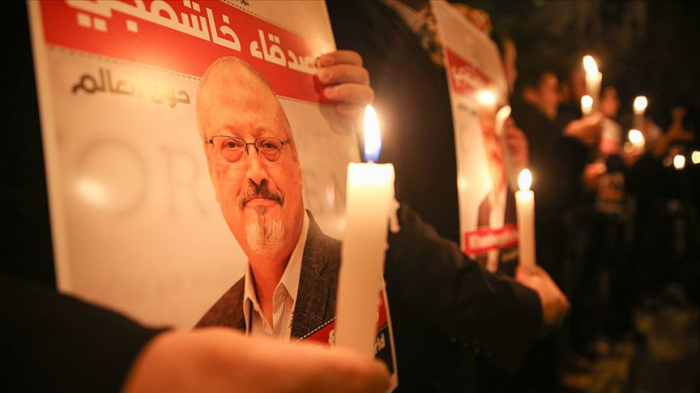 The family of slain Saudi journalist Jamal Khashoggi said on Friday they forgave his murderers, paving the way for a reprieve for five defendants sentenced to death for a crime that severely damaged the image of the kingdom’s de facto ruler.

“If a person forgives and makes reconciliation, his reward is due from Allah,” Khashoggi’s son Salah tweeted, citing a verse from the Koran on forgiveness. “Therefore, we the sons of the martyr Jamal Khashoggi announce that we pardon those who killed our father”.

In Saudi Arabia, which lacks a codified legal system and follows Islamic law, forgiveness from a victim’s family in such cases can allow for a formal pardon and a stay of execution.

The murder caused a global uproar and tarnished the image of Saudi Crown Prince Mohammed bin Salman. Some Western governments, as well as the CIA, said they believed he had ordered the killing.

Saudi officials denied he played a role, though in September 2019 the prince indicated some personal accountability, saying “it happened under my watch”.

The court which issued the five death sentences in December said the killing was not premeditated, a ruling which backed assertions by Saudi officials but which contradicted the findings of a U.N.-led inquiry into Khashoggi’s killing.

Khashoggi was last seen at the Saudi consulate in Istanbul on Oct. 2, 2018, where he had gone to obtain documents for his impending wedding. His body was reportedly dismembered and removed from the building, and his remains have not been found.

Eleven suspects in all were put on trial in secretive proceedings in the capital Riyadh. In addition to the five sentenced to death, three were jailed and another three had the charges against them dismissed.

Khashoggi’s son Salah said last December that verdict had been “fair to us and that justice has been achieved.”

However, the trial was condemned by the United Nations and rights groups. Agnes Callamard, the U.N. special rapporteur for extrajudicial summary or arbitrary executions, accused Saudi Arabia of making a “mockery” of justice by allowing the masterminds of the 2018 killing to go free.

A Saudi prosecutor at the time said there was no evidence connecting one of those officials, Saud al-Qahtani, to the killing and dismissed charges against Ahmed al-Asiri, a former deputy intelligence chief.

The Saudi prosecutor had previously said that Qahtani, a former high-profile Saudi royal adviser, had discussed Khashoggi’s activities before he entered the Saudi consulate with the team which went on to hill him. The prosecutor said Qahtani had acted in coordination with Asiri.

“The Saudi authorities are playing out what they hope will be the final act in their well-rehearsed parody of justice in front of an international community far too ready to be deceived,” she posted on Facebook.

Salah Khashoggi and his three siblings still live in Saudi Arabia. News reports have said the family received money and real estate from the Saudi ruling family as compensation for Khashoggi’s killing. The family has denied this claim.