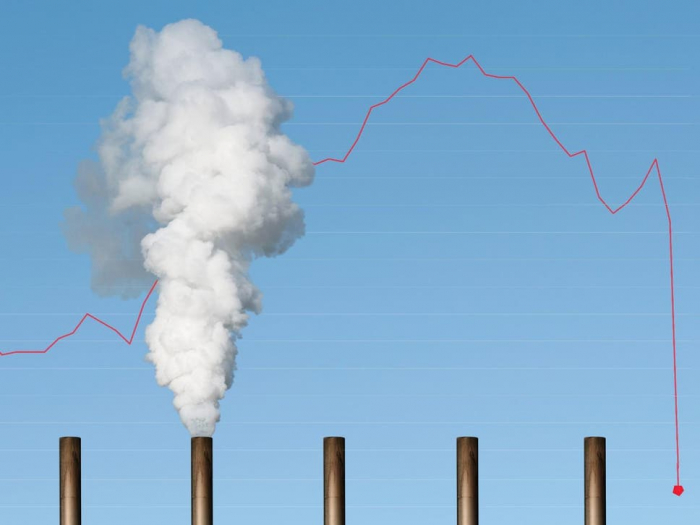 Global carbon dioxide emissions fell dramatically during the Covid-19 pandemic but remained at 2006 levels, highlighting the size of task ahead for governments to avoid climate catastrophe, researchers said.

Analysis of the consequences of lockdown policies in 69 countries suggested that daily emissions were down by an average of 17 per cent by early April, according to the study reported by the journal Nature Climate Change. The authors of the study described the cuts as “extreme and probably unseen”.

They said that emissions could fall by between 4.2 per cent and 7.5 per cent over the entire year, depending on when restrictions are lifted.

But the researchers said that such cuts would be needed for years to come to limit climate change to an increase of 1.5°C from pre-industrial levels.

Climate change experts said any rise in global temperatures above 1.5°C was likely to lead to a significant rise in droughts, floods and extreme poverty for hundreds of millions of people.

“These numbers put in perspective both the large growth in global emissions observed over the past 14 years and the size of the challenge we have to limit climate change in line with agreements struck in Paris in 2016 to tackle the threat,” the study’s authors wrote.

A UN report last year said emissions needed to drop by 7.6 per cent a year to keep the temperature rise to below 1.5°C.

The scientists used data from daily electricity use and mobility tracking services to estimate that the world’s emission of carbon dioxide per day reduced from 100 million tonnes to 83 million from burning fossil fuels. At its peak, emissions fell by as much as 26 per cent.

"Population confinement has led to drastic changes in energy use and CO2 emissions," said lead author Corinne Le Quéré at the University of East Anglia.

As different countries and sectors recover, it is unclear if activity levels will return to normal levels or if we may see permanent shifts in behaviour

"These extreme decreases are likely to be temporary, however, as they do not reflect structural changes in the economic, transport, or energy systems.”

China experienced the largest drop in emissions in April, followed by the United States, Europe and India. In the countries with the strictest lockdown restrictions, emissions from aviation plunged 75 per cent in early April, while those from land transport fell by 50 per cent and from power generation by 15 per cent.

"As different countries and sectors recover, it is unclear if activity levels will return to normal levels or if we may see permanent shifts in behaviour," said Glen Peters at the Centre for International Climate Research in Norway, which took part in the study.