This year, the Eid al-Fitr festivities will be muted 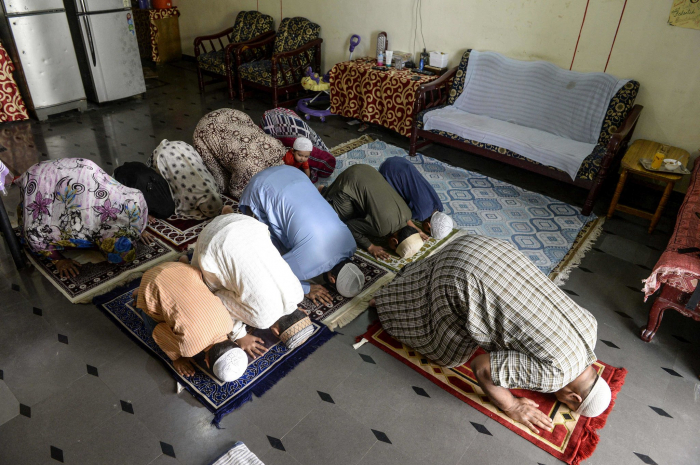 The normally joyful Eid al-Fitr holiday begins this weekend — in a Muslim world where many governments have imposed restrictions to prevent the virus from spreading. That means the communal prayers, feasts and parties that usually mark the occasion are being restricted or scrapped.

In Indonesia, where the number of coronavirus cases has risen sharply in recent days, Islamic leaders have encouraged Muslims to celebrate the holiday, which ends the holy month of Ramadan, without gathering for traditional iftar dinners to break their fast on Saturday evening. And the country’s largest mosque, Istiqlal Mosque in Jakarta, plans to offer televised prayers on Sunday.

In Bangladesh, the government has banned the huge, communal Eid prayers that normally take place in open fields, saying worshipers must gather inside mosques. It also asked people not to shake hands or hug each other after praying, and told children, older people and anyone who is ill to stay away from communal prayers.

As for the mosques themselves, the government has said they must be disinfected before and after every Eid gathering, and that all worshipers must carry hand sanitizer and wear masks while praying. Joynal Abedin, the press secretary for President Abdul Hamid, told The New York Times that Mr. Hamid would perform his own prayers in a conference room at his offices.

Samima Akter, 36, who lives near the Bangladeshi capital, Dhaka, said she left home to go Eid shopping earlier this month wearing a mask. But the experience was stressful, she added, because many people were not heeding the government’s advice on social distancing.

“This year it is not a pleasant Eid at all, as this virus is a life-and-death issue for every person of the country,” she said.

In neighboring India, imams and community leaders have urged people to stay home and follow social distancing norms. Many cities have maintained their 7 p.m.-to-7 a.m. curfews.

And in the Indian city of Lucknow, which is known for its kebabs, butcher shops are closed amid a restriction on meat sales that took effect in March.

Mohammed Raees Qureshi, who owns two butcher shops in Lucknow, said he had hoped — to no avail — that local officials would allow him to open for at least a couple of days around Eid.

“If they would give us some guidelines, we would make sure to follow them,” he said. “But right now there is only silence.”