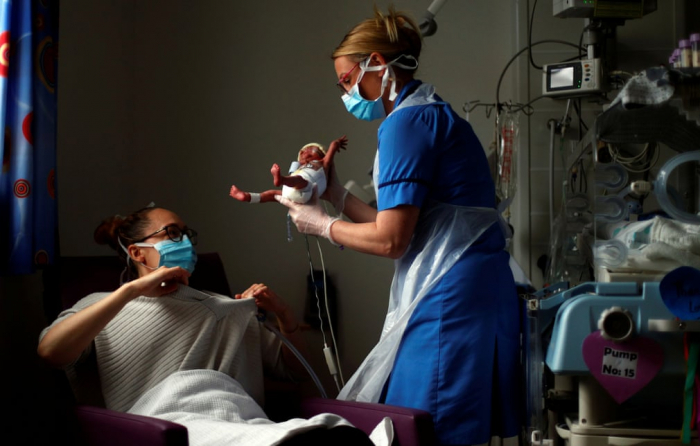 New lives, river dips, easing restrictions and the search for survivors – the most striking photographs from around the world this week. 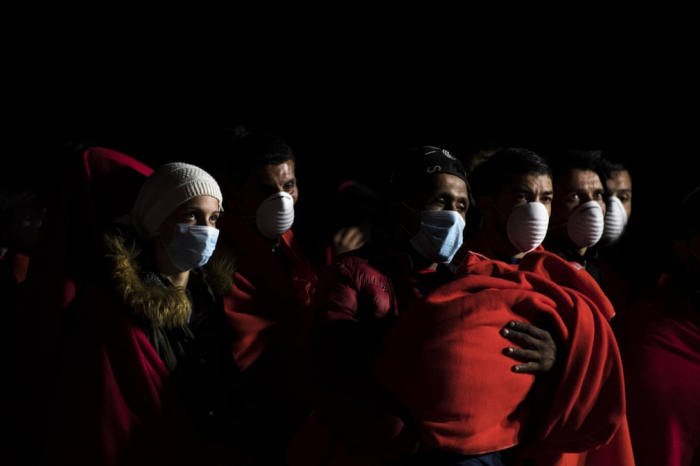 Motril, Spain
North African migrants wait to disembark from a rescue boat on their arrival at the port of Motril.
Photograph: Carlos Gil Andreu/Getty Images 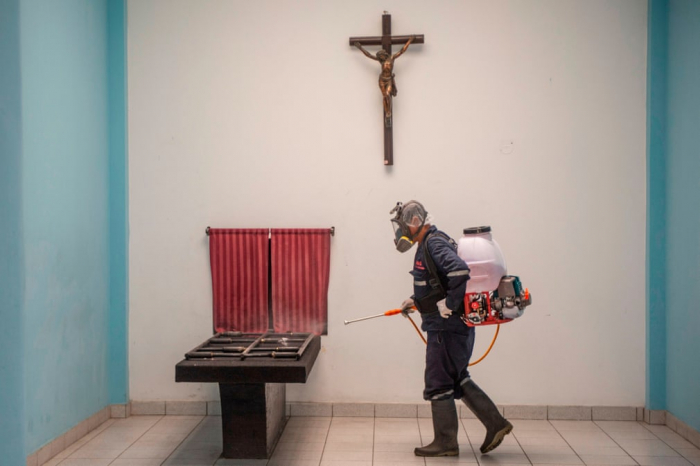 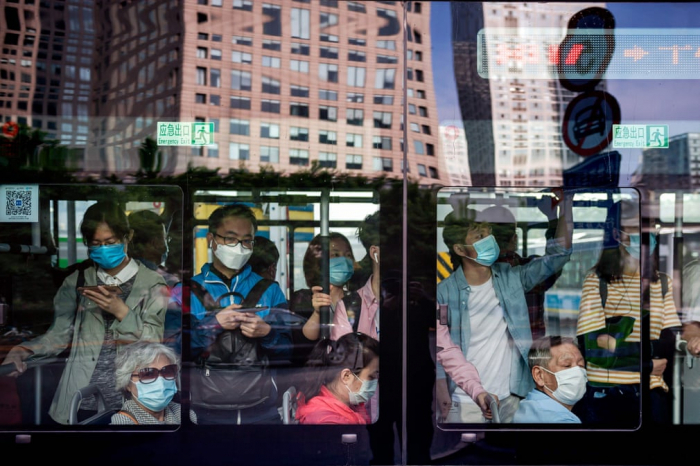 Beijing, China
People commute on a bus during morning rush hour in Beijing as the city hosts the opening session of the annual National People’s Congress.
Photograph: Nicolas Asfouri/AFP/Getty Images 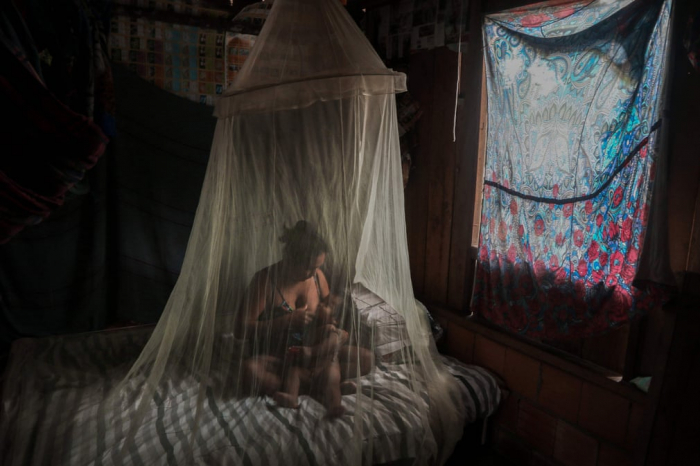 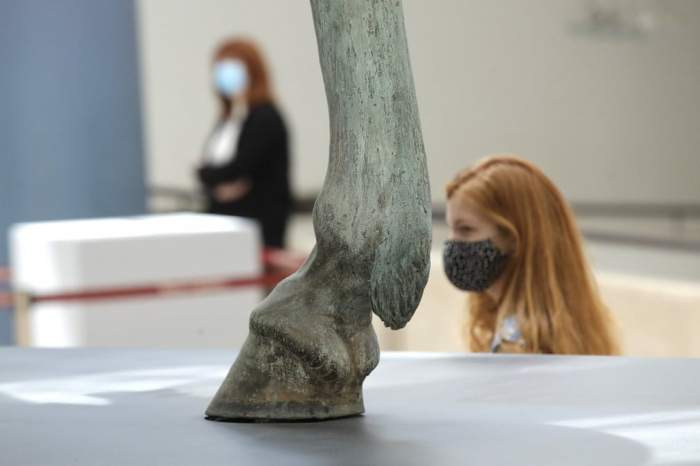 Rome, Italy
A visitor walks past a detail of the Marcus Aurelius, a bronze equestrian statue first erected in 176 AD, in the Capitoline museum. Museums were allowed to reopen in Italy this week for the first time since early March.
Photograph: Alessandra Tarantino/AP 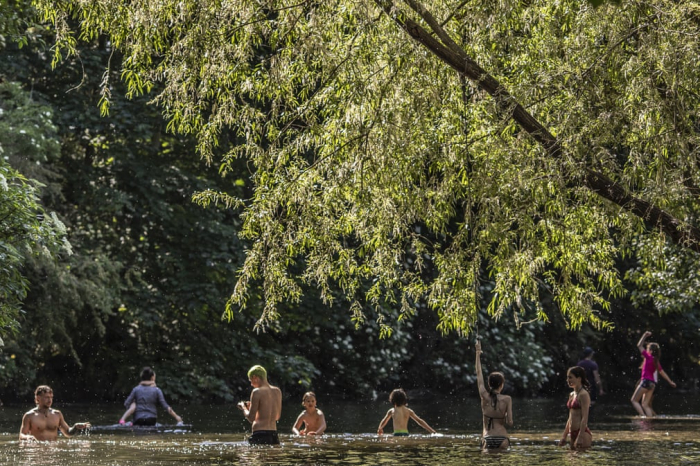 London
Members of the public cool off in the River Lea as temperatures reached 28C ( 82.4 F) in the UK.
Photograph: Dan Kitwood/Getty Images 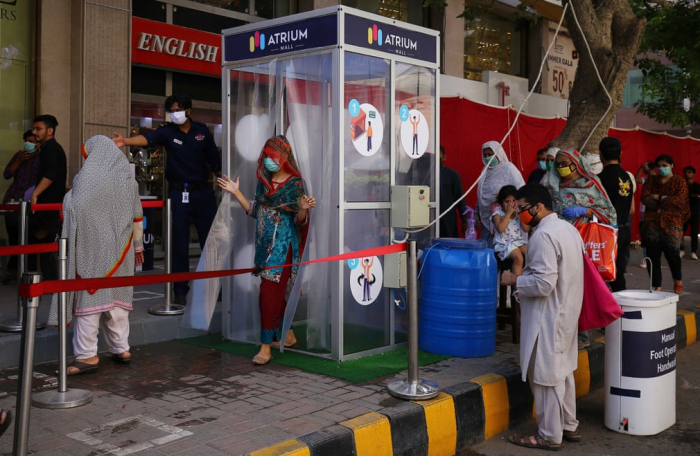 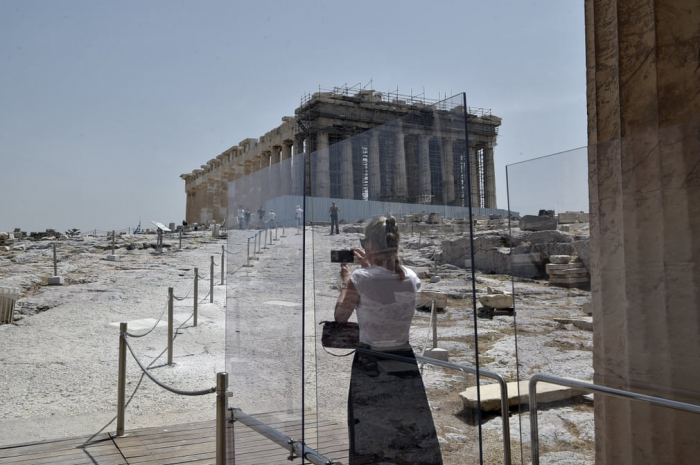 Athens, Greece
Tourists behind plexiglass take photographs at the entrance of the Acropolis. Greece reopened open-air archaeological sites to the public after a two-month closure.
Photograph: Miloš Bičanski/Getty Images 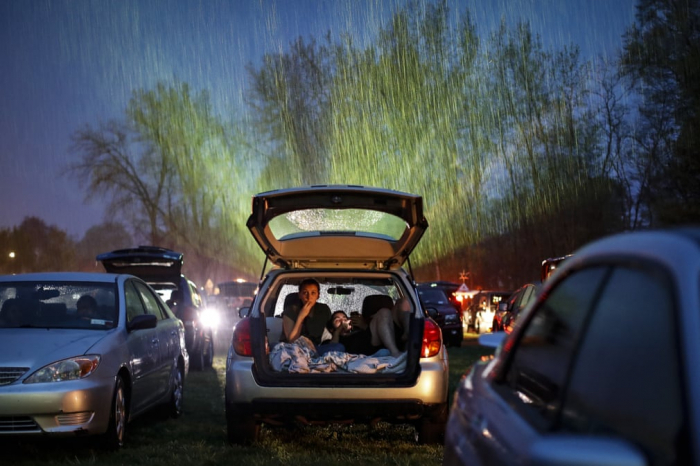 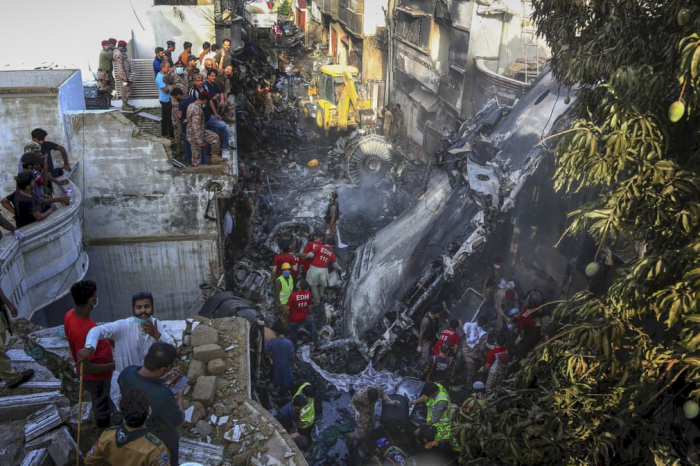 Karachi, Pakistan
Volunteers look for survivors of a plane that crashed in a residential area of Karachi.
Photograph: Fareed Khan/AP 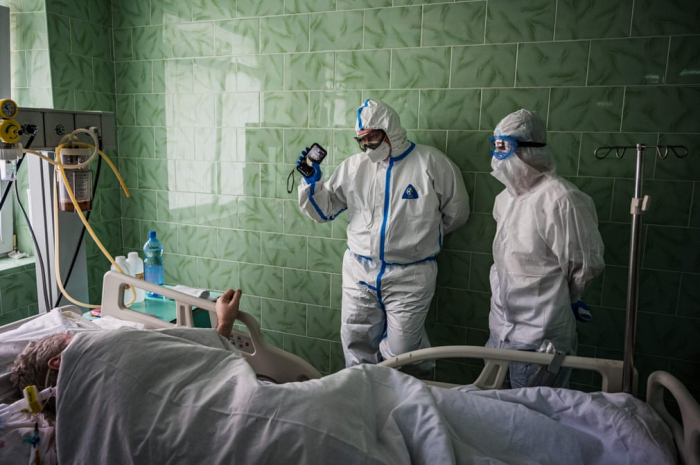 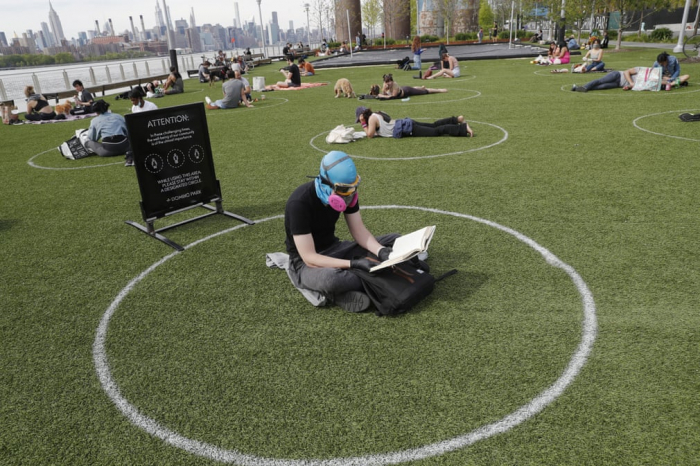 New York
Ridley Goodside wears a mask and goggles to protect himself as he sits in a designated circle marked on the grass at Brooklyn’s Domino park.
Photograph: Kathy Willens/AP 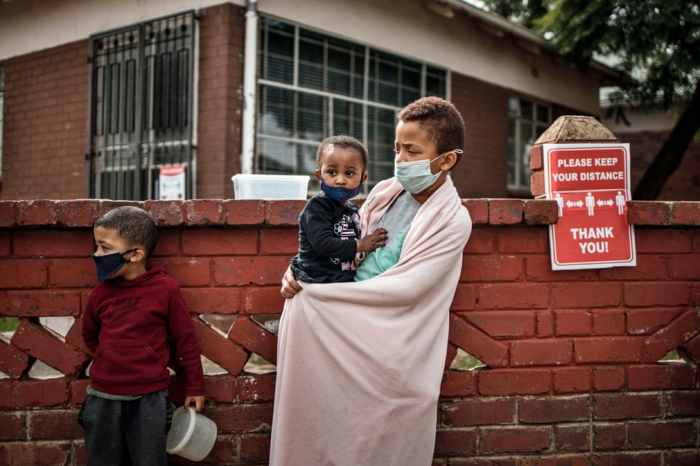 Johannesburg, South Africa
A boy holds his sibling at a food distribution organised by the grassroots charity Hunger Has No Religion in Westbury.
Photograph: Marco Longari/AFP/Getty Images 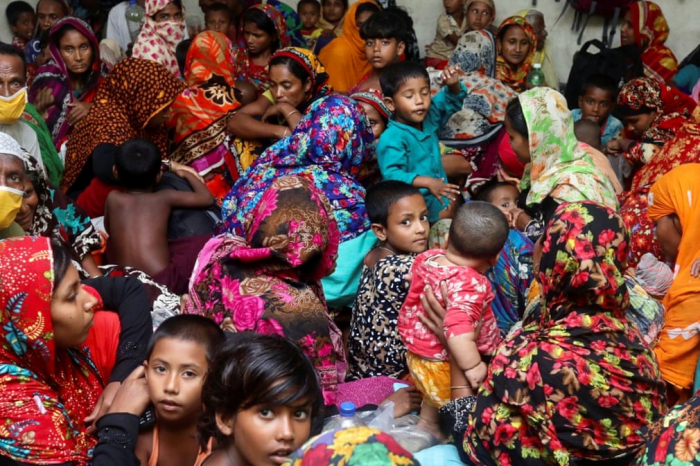 Gabura, Bangladesh
People gather at a centre for protection against the effects of cyclone Amphan in Gabura.
Photograph: Reuters 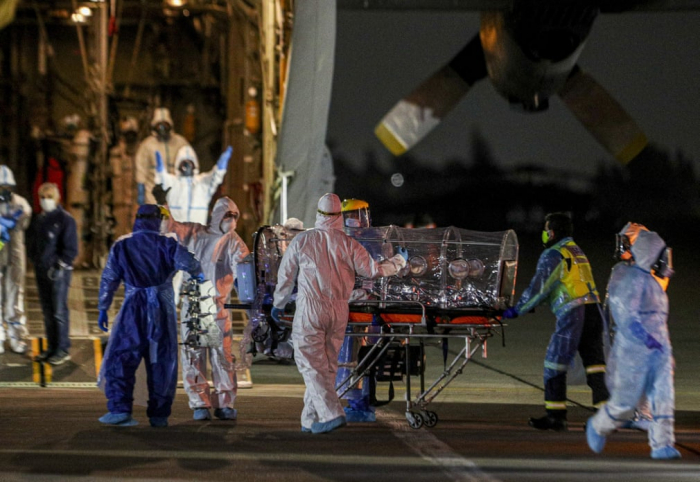 Santiago, Chile
Medical workers transport a Covid-19 patient to a plane bound for the city of Concepcion, freeing up space in the intensive care units of the capital’s hospitals.
Photograph: Esteban Félix/AP 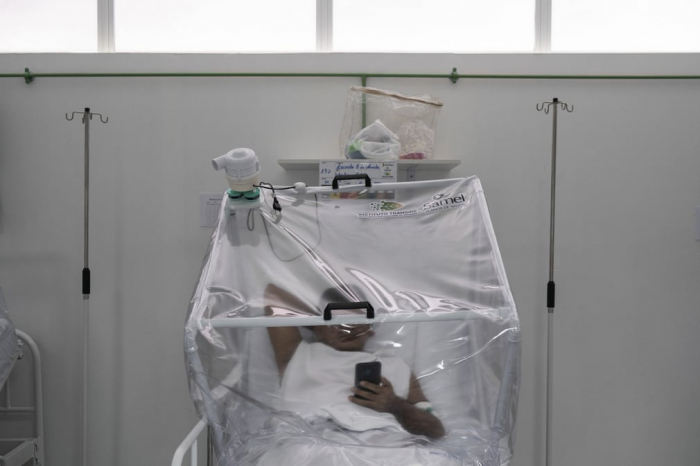 Manaus, Brazil
A Covid-19 patient uses his phone as he is treated inside a non-invasive ventilation system at the Gilberto Novaes municipal field hospital.
Photograph: Felipe Dana/AP 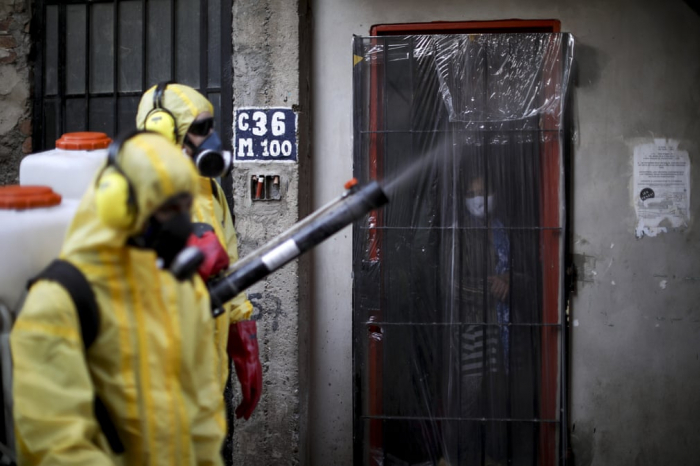 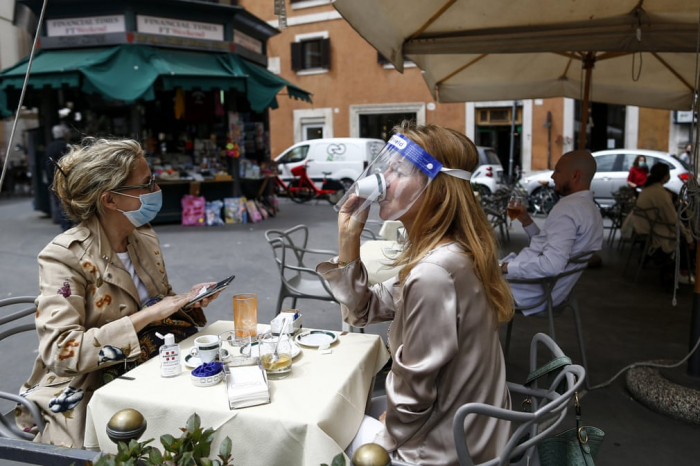 Rome, Italy
A woman sips a cup of coffee from under her facial protection at a cafe as Italy lifted restrictions after a two-month lockdown.
Photograph: Cecilia Fabiano/AP 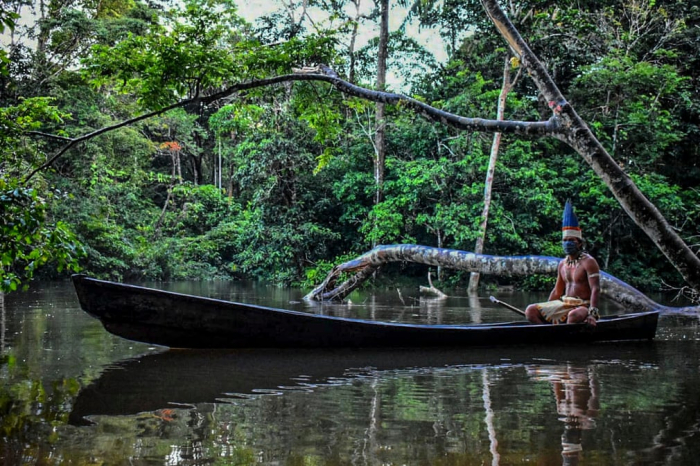 Leticia, Colombia
A Colombian Huitoto indigenous man wears a mask as he sails on a raft along the Takana river.
Photograph: Tatiana de Nevo/AFP/Getty Images