Spain gears up to ease measures amid 70 more deaths 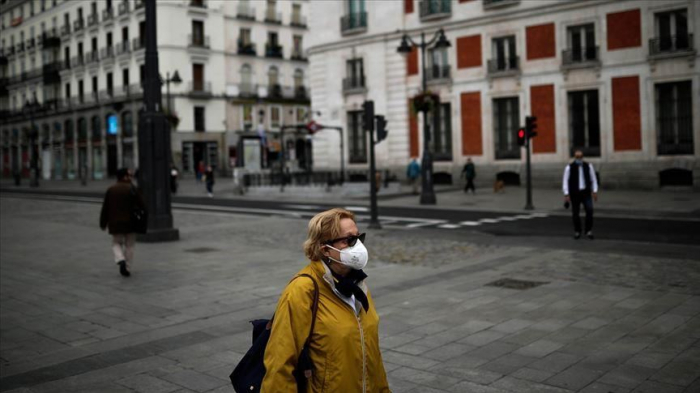 Though the number of deaths is up from Saturday, it marks the eighth consecutive day that the country reported under 100 daily deaths. In total, 28,752 people have lost their lives to the infectious disease in Spain, according to the ministry.

The number of new confirmed infections dropped to 246, bringing the total number of cases to 235,772.

Starting Monday, the major cities of Madrid and Barcelona will enter phase one of Spain’s de-escalation program, which will allow for small group gatherings and residents to enjoy a drink or food on outdoor terraces.

Going further, around half of the country will enter phase two, which allows for indoor dining, movie theaters, plays, and other activities with limited capacity.

But one town in the southern region of Murcia will not move forward to the next phase, the government decreed on Sunday.

Totana has a population of around 35,000 people. Around a third of the population consists of immigrants from around the world who migrated to work in the agricultural sector.

There, epidemiologists have put 50 people into isolation after six workers and one bus driver tested positive for the disease.

“We have thousands of day laborers who have to go out and work. The places they live in aren’t in the best conditions. It’s worrisome,” Juan José Cánovas, the town’s mayor, told El Confidencial online.

Spain’s gradual de-escalation plan only allows regions or specific areas to relax measures when they comply with certain epidemiological and health criteria.

“There are many things we still don’t know about the virus, and it hasn’t disappeared,” warned Health Minister Salvador Illa in a Sunday news conference.