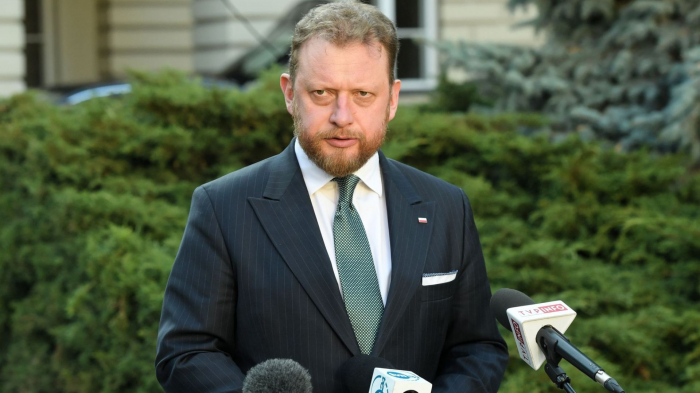 Polish Health Minister Lukasz Szumowski denied on Monday any wrongdoing as he reacted to accusations of inadequate supervision over procurement of equipment to help combat the coronavirus pandemic, AzVision.az reports citing Reuters.

The allegations against Szumowski, a popular politician in the nationalist government, have hit the ruling Law and Justice (PiS) party before a presidential election expected at the end of June or early July, according to political scientists.

Poland has a lower coronavirus death rate than many other European countries. According to the latest tally on the health ministry’s Twitter account, Poland had reported 1,007 deaths and 21,631 cases of the coronavirus as of Monday afternoon.

But Polish media have accused Szumowski’s ministry of inadequate supervision of the procurement of items such as protective masks. Gazeta Wyborcza daily reported that the ministry bought masks with fake certificates from a skiing instructor who is a family fiend of Szumowski.

“Neither I, nor my brother, nor my wife, have done anything wrong. There is not a single fact that would indicate any irregularities,” Szumowski told private broadcaster Polsat News.

“It is evidently a game resulting from the election calendar and I have become a bit of a target to hit,” Szumowski said.

President Andrzej Duda, an ally of PiS, remains the favourite in the election but opinion polls show support for Duda is falling as he and PiS struggle with image problems.

A government spokesman apologised on Monday on behalf of Prime Minister Mateusz Morawiecki who was photographed sitting in a restaurant with officials, even though he is only allowed to do so with his family.

Szumowski told weekly newspaper Sieci that Poland, which has been gradually easing its coronavirus lockdown, was well equipped to avoid a return to it after successfully halting the spread of an outbreak in Silesia.

“There are tools to control this monster,” Szumowski said.