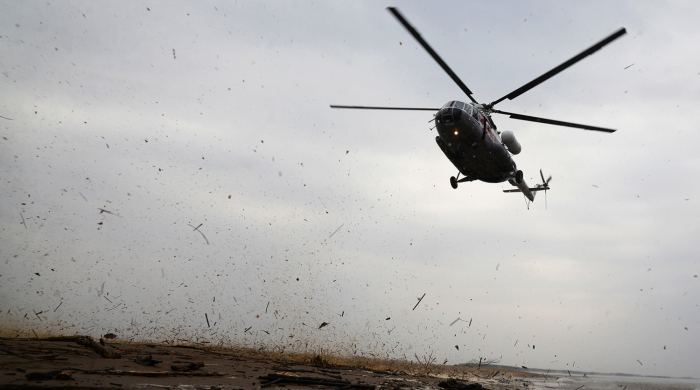 A military helicopter crashed Tuesday at an airport in Russia's remote eastern Chukotka region, killing all four people on board, the governor said.

The helicopter of the Russian Defense Ministry went down in the main airport in Chukotka near Anadyr, which has mixed military and civilian use.

"There were three crew members and one technician on board. All four died," governor Roman Kopin wrote on his Instagram account.

Russian agencies reported that it was an Mi-8 helicopter which was doing a test flight after undergoing technical maintenance.

"The reason for the accident could be a technical fault with the helicopter," TASS news agency quoted a defence ministry statement as saying.

Military investigators were dispatched to the crash site, it said.