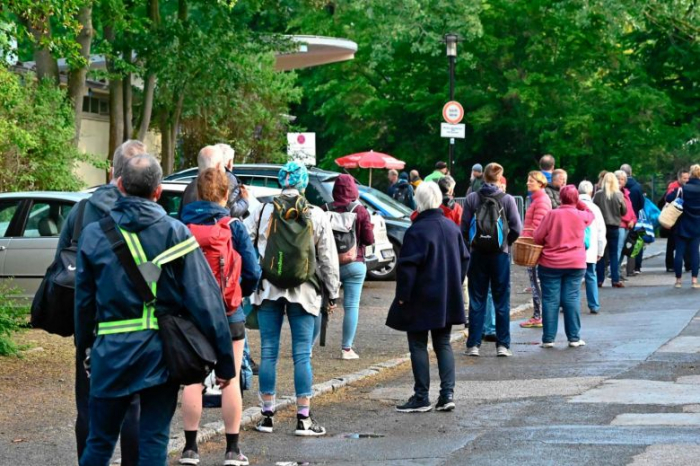 Germany plans to ease social distancing steps from June 29, a week earlier than previously planned, and aims to lift a travel warning for 31 European countries from mid-June, German media reported.

The reports come as German regions discuss with Chancellor Angela Merkel how to further ease lockdown restrictions introduced in March to slow the spread of the new coronavirus.

The 16 state premiers will try on Wednesday to agree with Merkel on the way forward, balancing the need to revive Europe’s biggest economy, facing its deepest recession since World War Two, with protecting public health.

Merkel has urged caution and warned of a new wave of infections.

However, citing a draft document still to be approved by the regions, the Bild daily said Merkel, under pressure from state premiers, had agreed to bring forward the date that social distancing should be relaxed to June 29 from July 5.

A government spokesman declined to comment, saying he did not want to prejudge the outcome of talks.

Bild said meetings in public places would be limited to a maximum of 10 people or members of two households. While there would be no limit on the number of visitors allowed to visit people in their homes, there would have to be space for everyone to keep their distance and have enough fresh air, it said.

Citing a document that cabinet may agree on Wednesday, it said this would include Britain, Iceland, Norway, Switzerland and Liechtenstein as well as Germany’s 26 EU partners.

A row erupted at the weekend when the premier of the state of Thuringia said he would ditch mask-wearing and distancing rules. Some other states, including hard-hit Bavaria, want to keep stricter measures.

Germany has kept its COVID-19 death rate relatively low, at 8,302 so far, despite a high number of cases.