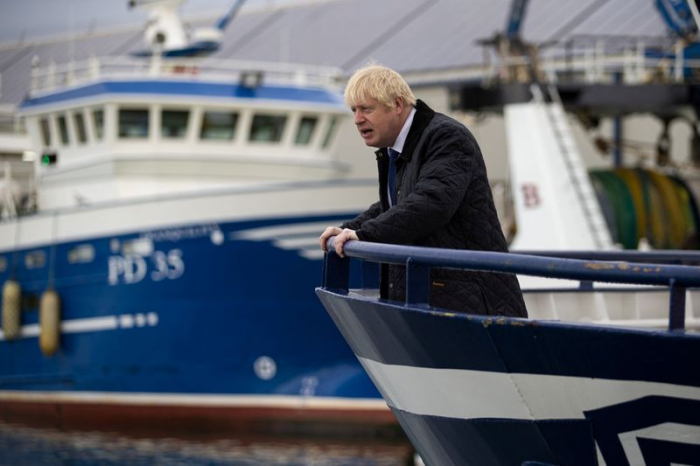 The EU is willing to shift its stance on fisheries in negotiations with Britain next week, sources said, in what would be the first major concession from the bloc in talks on their new relationship after Brexit.

Fishing is particularly politically sensitive for France, and the 27-nation bloc says it would not seal a new trade deal with Britain without a stable agreement on that issue.

Currently, fishing mostly takes place in UK waters but most of the catch goes to European Union fishermen.

Britain wants to unwind that after Brexit materialises at the start of next year, saying that, as a newly independent coastal state, it wants to be in control of its waters and fish.

But the EU has so far sought to maintain the status quo, a demand an official with the bloc suggested was a primarily starting point for negotiations.

“There have been hints of a possible reconciliation...,” the official said ahead of another round of EU-UK talks next week.

“We would be looking to shift on demands to keep everything as is now, a somewhat maximalist opening position, if the UK also moved from its position of coastal attachment. That’s where the room for compromise lies.”

An EU diplomat following Brexit also said the bloc’s executive Commission - which is negotiating with Britain on behalf of member states - wants to seek a potential compromise on fisheries in talks next week.

“Our opening line of keeping the current terms is impossible to uphold,” the person said. “We’d be looking to some narrowing of the positions.”

Fisheries have been a major stumbling blocs in talks on the two sides’ post-Brexit partnership.

Britain left the bloc in January and is in a status-quo transition until end-2020 to allow for talks on a new deal.

With fundamental differences unresolved, however, negotiators have struggled to make headway in video conferencing mode as coronavirus lockdowns have put an end to face-to-face meetings. The EU has warned of a stalemate unless there is new momentum next week.

Any agreement between London and the Commission would need the approval of all the bloc’s member states to come into effect, and France’s EU affairs minister, Amelie de Montchalin, said there was currently no reason for it to change its position on fisheries.

However, Paris was willing to listen and consider any new proposal from London, she said.