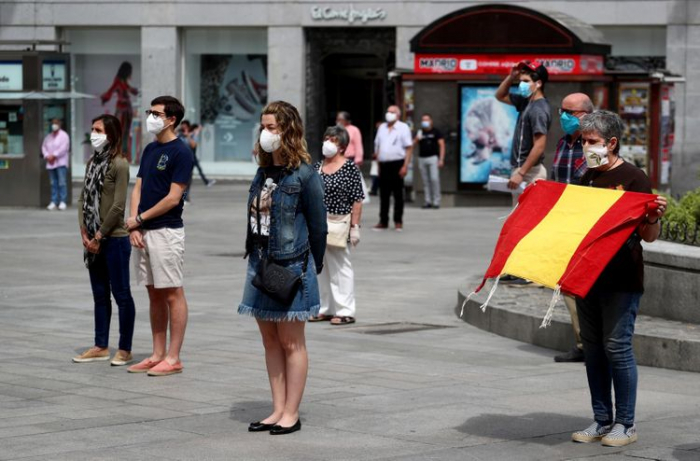 The Spanish government declared a 10-day official mourning period from Wednesday to honour the nearly 30,000 people who died from the coronavirus pandemic in one of the world’s worst-hit countries, government spokeswoman Maria Jesus Montero said, AzVision.az reports citing Reuters.

During the mourning period, flags will fly at half-mast all over the country’s public buildings and navy ships, she told a news briefing after a cabinet meeting.

The period will end with an official ceremony led by the head of state in remembrance of the 26,834 fatalities recorded in the country. Spain has reported a total of 235,400 confirmed cases of the disease.