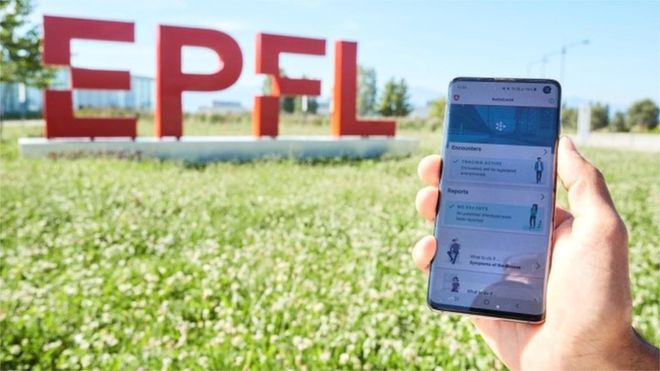 The team developing Switzerland's coronavirus contact-tracing app says it has become the first to have launched a product incorporating a technology provided by Apple and Google.

Members of the Swiss army, hospital workers and civil servants can now install the SwissCovid app ahead of a planned wider rollout.

A Latvian coalition says it is running close behind.

But the US tech firms face criticism for their prescriptive approach.

Automated contact tracing involves using smartphones to detect when two people are close to each other for long enough that there is a significant risk of contagion so that one can be warned if the other is later diagnosed with having the disease.

To make use of their API (application programming interface) - a software tool that gives special access to some features of their iOS and Android mobile operating systems - the two companies have forbidden participants from gathering users' location data, among other restrictions.

That means that apps that pursue a rival "centralised" model will continue to face circumstances when iPhones fail to carry out the required Bluetooth-based "handshakes". 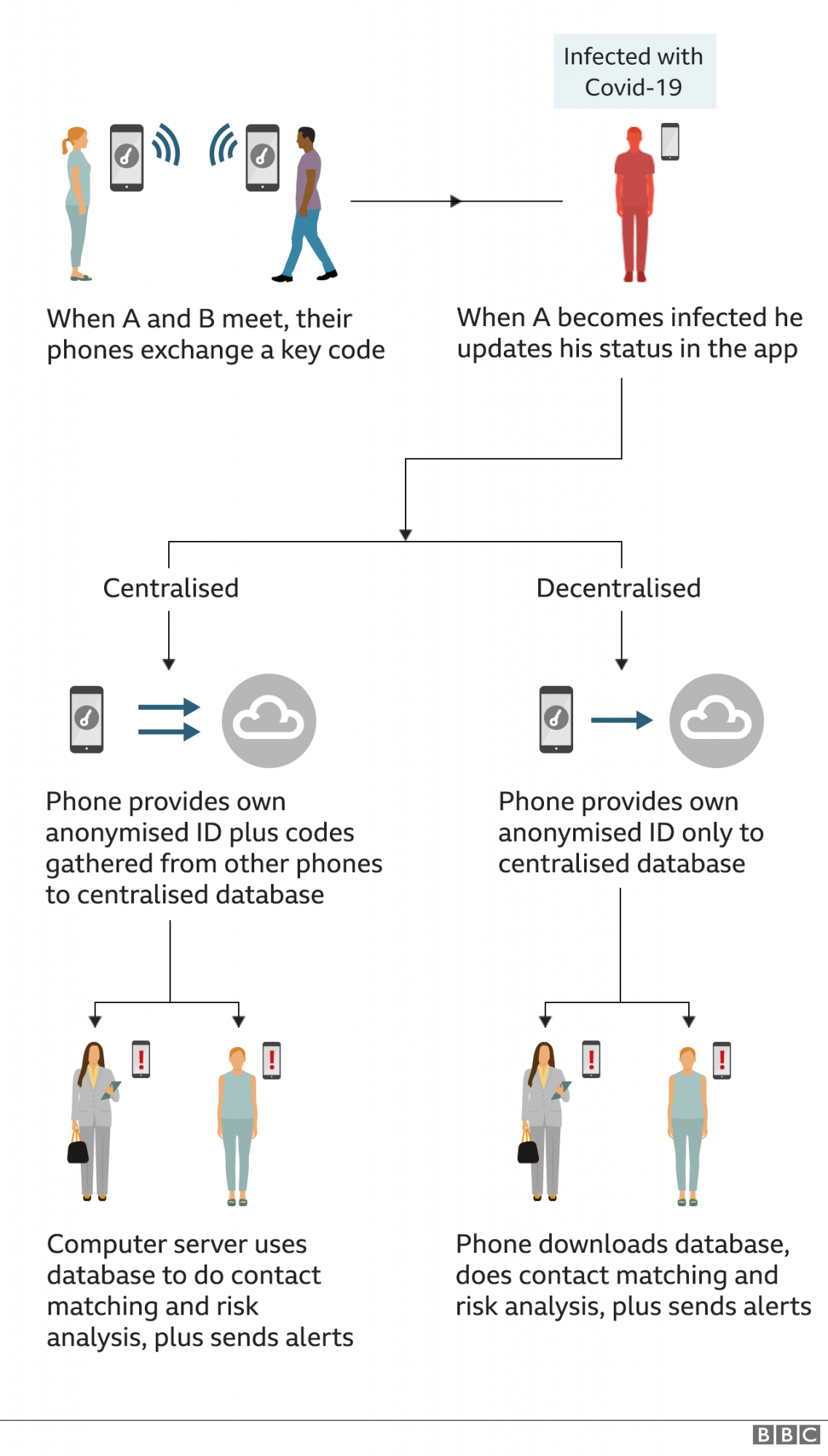 "The use of digital technologies must be designed in such a way that we, as democratically elected governments, evaluate it and judge it acceptable to our citizens and in accordance with our European values," wrote digital affairs ministers from the German, French, Italian, Spanish and Portuguese governments in a joint letter published in the press.

"We believe that challenging this right by imposing technical standards represents a misstep and a missed opportunity for open collaboration between governments and the private sector."

The BBC has asked Apple and Google for their response.

The Swiss team, however, has welcomed the two firms' involvement.

"Bluetooth was not developed for this kind of large-scale distance measurement," said Prof Srdjan Capkun from the ETH institute.

"Making sure that we can use it in this way requires a lot of engineering skill and collaboration, including collaboration with Apple and Google."

Apple and Google said last week that 22 countries, as well as some US states, had requested access to its API.

Some, like the UK, are testing it as a back-up to their own independent projects, while others are rushing to release apps based on it as soon as possible.

In Switzerland's case, MPs must first debate and approve the scheme before it is offered to the general public. The government hopes this can be done by mid-June.

Advocates have highlighted an opinion poll that suggests 70% of Swiss residents support the initiative.

By contrast, the Latvian team - which has also incorporated the API - is able to proceed without a parliamentary vote, and hopes to offer its Apturi Covid app to the public as soon as Thursday. 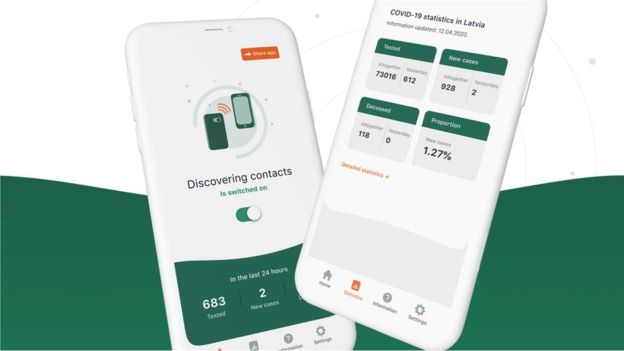 Local tech companies in Latvia have created the Apturi Covid app, based on Apple and Google's model, APTRUI COVID

A spokeswoman told the BBC that Apple had already approved the software to appear on its App Store, but the developers were still waiting for permission to list it on the Google Play marketplace.

"Of course we would be very happy to be the first [national launch], but the most important thing is to help our inhabitants fights the virus," she added.