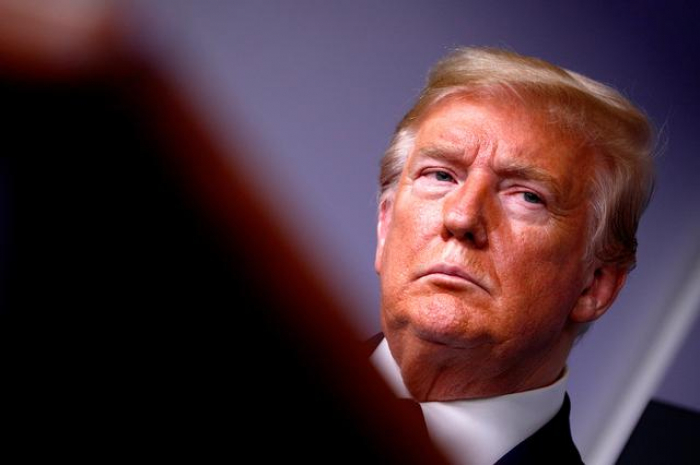 A post by US President Donald Trump has been given a fact-check label by Twitter for the first time.

President Trump tweeted: "There is NO WAY (ZERO!) that Mail-In Ballots will be anything less than substantially fraudulent."

Twitter's notification displays a blue exclamation mark underneath the tweets, suggesting readers "get the facts about mail-in ballots".

Twitter's link directs users to a page on which Mr Trump's claims about mail-in ballots are described as "unsubstantiated". The social media company cites reporting on the issue by CNN, the Washington Post and others.

This is followed by a "what you need to know" section where Twitter corrects what it says are false claims by the US president.

The social media company had pledged to increase the warning labels under false or misleading information on its site - but it has been slow to take steps against the US president.

Twitter updated its policies on warning labels early this month.

What is President Trump's response?

In his new tweets, Mr Trump accused Twitter of interfering in the US presidential election scheduled for 3 November 2020.

He said that the social media company was "completely stifling free speech, and I, as president, will not allow it to happen".

"Partnering with biased fake news 'fact checkers' is a smoke screen to lend Twitter's obvious political tactics false credibility. There are many reasons we pulled all our advertising from Twitter months ago, and clear political bias is one of them," Mr Parscale tweeted.

President Trump has used Twitter as a platform to pick fights with other politicians and celebrities. Now he may be in for a fight with the platform itself.

Following the firm's decision to label his tweets as misleading, he claimed on Twitter that the company was stifling free speech and that he wouldn't allow it. But Twitter as a private company gets to set its own rules for what happens on its platform.

The trouble for many was that up until Tuesday the firm didn't seem to be enforcing its rules when it came to the US president or other global leaders.

This is not the first time President Trump has made claims on Twitter that some say would have gotten less powerful people blocked from the site.

But Mr Trump's bombastic comments are part of what draws some of his more than 80 million followers to the site in the first place. The company doesn't want to lose them.

It sees the new labelling system as a way to balance both the desire to allow Twitter users including the president to say what they like, while also giving readers protection against misleading claims. The strategy mostly worked with tweets about Covid-19.

But with the US election in November, Twitter should expect a lot more posts with potentially misleading information. Meaning this is likely only the first test for its new enforcement plans.