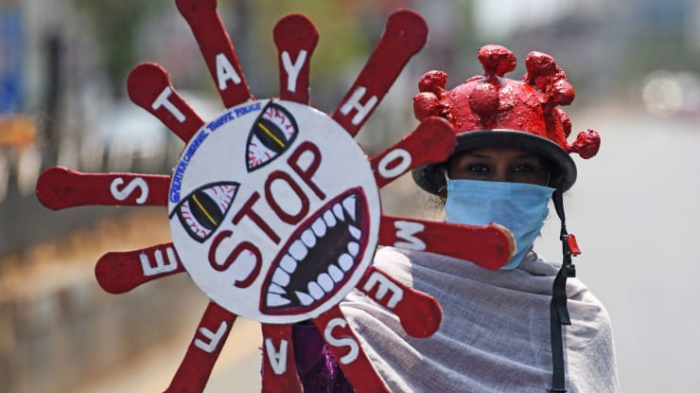 Are you seeing misinformation about the coronavirus across your social media feeds? You’re far from alone.

Studies are finding that huge swaths of the population believe at least one false claim about Covid-19, and many are openly sharing content to support their views online. More than thirty percent of Americans believe that scientists created the novel coronavirus in a lab, for instance, even though that theory has been widely discredited.

False claims have become so widespread during the pandemic that the World Health Organization has been referring to an “infodemic.”

So what should you do if you spot people sharing falsehoods on social media? And is there a way to convince them otherwise?

CNBC spoke to a range of experts to get their advice on how to call out misinformation, ideally without alienating friends or family members in the process. They all agreed that the exercise is absolutely worth trying -- and numerous studies support that -- but to recognize that you might not always be successful.

Here are some of their top tips if you’re willing to try:

Sherry Pagoto, a professor in the department of allied health sciences at the University of Connecticut, has been thinking about this topic quite a bit. Pagoto, who studies human behavior, has seen false information spreading on her own social media feeds at an accelerated pace during the pandemic.

Her advice to others is to avoid making the person posting the information feel stupid by embarrassing them publicly. That will likely just make them more defensive, which  is counter-productive if your goal is to change their mind. Instead, send a private message instead or set up a time to talk one-on-one, depending on how close you are to that person.

“You don’t want it to feel like a ‘gotcha’ moment,” warns Pagoto.

She acknowledges that there is some value in posting publicly, so others in the community can see the post and the replies. But she will often try out a private message initially, and hope that the poster will consider taking the content down without feeling shamed.

Be kind and stay curious

Dan Ness, a technology researcher based in Southern California, recently saw a neighbor post on Nextdoor about a local politicianquestioning how many people had really died from Covid-19. The intent of the post was to spur a discussion about re-opening businesses.

Ness noticed that the source of the information seemed dubious, so he asked the neighbor privately whether he might want to double-check it just in case the politician had been quoted inaccurately.

It worked. The neighbor chose to take the post down.

“He didn’t feel attacked by my belittling him,” said Ness, when asked about why he thought the strategy was successful.

Gina Merchant, a behavioral scientist based in San Diego, leads with curiosity and empathy when combating misinformation. If she sees a reference to the “China virus” on her feeds, for instance, she’ll ask questions or open up a broader discussion. (Public health experts have criticized the term “China virus”, which has been used by President Trump, as contributing to xenophobia and racism against people of Asian descent).

“I’ll write something back like, ‘it’s interesting to think about where viruses come from,’” she explained, before trying to engage in a conversation about the term. “I try to pivot the conversation away from being emotionally charged,” she said.

Pagoto suggested acknowledging that a person might find a piece of misinformation compelling, before passing along the information that contradicts it.

“That’s very understandable, given that misinformation is becoming more and more sophisticated,” she notes.

When Dr. Ashely Alker started getting a flurry of questions about a viral video clip, called Plandemic, she knew she needed to address it with her family and friends. So Dr. Alker, who works in emergency medicine, put together a Twitter thread where she dismantled many of the false claims made in the film and shared it with her network.

Dr. Alker said she always takes the time to combat misinformation, but tries to do it in a way people can relate to. “I like making science something that everyone can understand,” she said. “If you can give someone a way to relate to the information it helps.”

She will often start with science that is generally known or accepted, and build from that. She avoids using medical jargon whenever possible. She’s had a lot of success with that approach, and is now putting together weekly infographics to explain various aspects of the science.

“What does not work is getting political or making a person feel stupid,” she added.

Avoid the data pile on

Zayna Khayat, a health strategist, has had mixed success sharing data. She recently tried to correct a distant family friend who posted about a previous flu outbreak that killed a lot of Americans, while arguing against shutdowns for Covid-19.

“I replied with a simple fact check and added three to four bullet points of facts that shut the whole article down.”

“No response,” she said.

In Pagoto’s experience, non-scientists are often better at digesting new information in the form of stories than facts, graphics, charts and statistics. When confronted with contradictory information, some people will even double down on their existing views by looking for more data -- often from illegitimate sources -- that supports their point of view, rather than adapt in the face of new evidence.

“Not everyone makes their decisions and forms opinions based on data,” said Pagoto. So she recommends using data where appropriate, but communicating using storytelling or personal anecdotes.

“It’s better to come across as a human,” adds Timothy Caulfield, a Canadian professor of law at the University of Alberta who specializes in researching misinformation. “We all want to engage with genuine individuals that seem to empathize with our concerns.”

But still... provide the facts

The experts agree that it is worthwhile to shoot off a couple links to credible research while making your appeal.

Freedman, who is based in Ohio, assumed that the poster wasn’t aware of Ayyadurai’s checkered past. So he pointed out that he lacked expertise in infectious diseases or immunology, was a known critic of vaccines, and had made a bogus claim that he invented email. “She realized her mistake and deleted the post (and) then when someone else shared it, she commented ‘this guy is an antivaxxer’.”

Freedman thinks the approach worked because he shared the information friend-to-friend, and didn’t cast judgment on her for posting it.

“I told her that I knew she wasn’t aware of his backstory and thought that this knowledge might change her mind.”

Caulfield, the misinformation expert from the University of Alberta, agrees that it’s still worth providing a short summary or a few links to the science, as well as to refer to trustworthy news sources. It doesn’t always work, but some folks will even turn around and correct others with the new information at their fingertips.

If you’ve taken the time to combat misinformation, thank you for your service to the Internet. But know that you can’t convince everyone.

While researching anti-vaccination content, Merchant realized that some people were open to new information (she calls them the “fence sitters”). But some hardline anti-vaxxers were not willing to budge, even in the face of ample scientific evidence.

So in some cases, you might not want to bother. And if you are feeling like you need a break, there’s always the option to mute or block someone. You can also report the content as false on some social media sites, including to Facebook (although these companies have been notoriously slow at responding).

Ultimately, the experts recommend that you pick your battles. And please, don’t get burnt out in the process.