At least 4,100 people are arrested over days of US protests 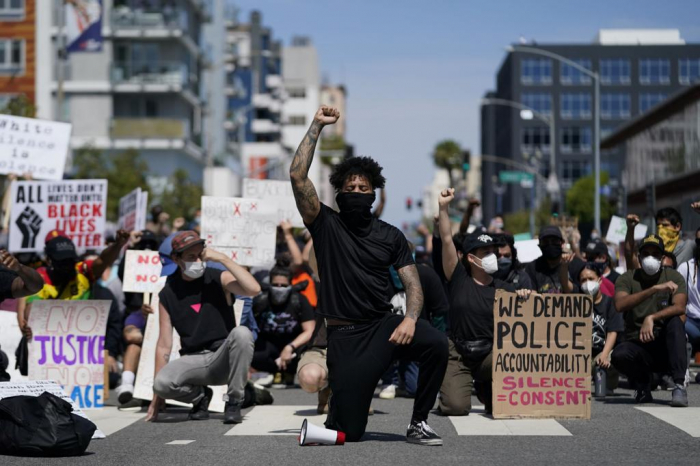 Tens of thousands of protesters took to the streets across America again Sunday, with peaceful demonstrations against police killings of black people overshadowed by unrest that quickly ravaged parts of cities from Pennsylvania to California, AzVision.az reports citing AP.

At least 4,100 people have been arrested over days of the ongoing protests. Arrests ranged from looting and blocking highways to breaking curfew.

Curfews were imposed in major cities around the US, including Atlanta, Chicago, Denver, Los Angeles, San Francisco and Seattle.

About 5,000 National Guard soldiers and airmen were activated in 15 states and Washington, D.C.