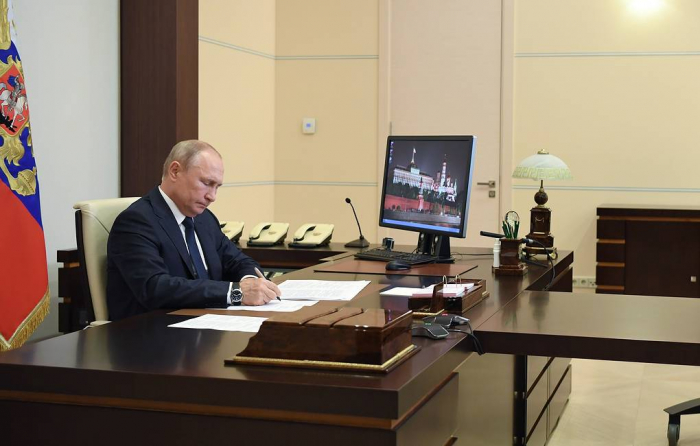 According to the president, ideas were voiced to hold the vote on the same day as the rescheduled Victory parade, June 24, which he believes is wrong.

"There were even ideas to hold the vote right on the day of the parade. We should not combine it with anything, it is a separate major milestone in the life of the country. The Victory parade is sacred," Putin stressed at a working meeting.

"Let’s not mix it with anything, and I think we should not try to save money on it [the voting] either, because one of the motives to hold [the vote] on the day of the Victory parade [June 24 — TASS] is to save money as it is also a non-working day," the president underscored, adding that there wouldn't be any saving on the voting.

The president has called for active participation of Russians in the constitutional amendments vote.

"Of course, I would like to address our citizens, calling for their active participation in the Russian national vote, because we are talking about the main law of the country — the Constitution that forms the basis of our country’s life, our life, the life of our children today, and that will determine the main legal guarantees, the main judicial guarantees in the sphere of social relations, in the sphere of labor relations, as well as our principles of cooperation with foreign partners," the Russian leader said during a working session.

"It is not a coincidence that the Constitution is the main law of the country. I expect that Russian citizens will take a very active part in determining the parameters of the main law in the vote on constitutional amendments," Putin stressed.