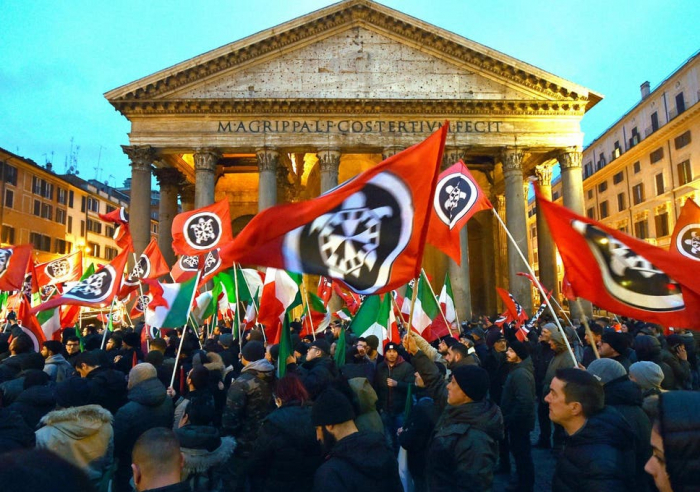 With more than 233,000 confirmed cases, Italy is one of the countries hardest hit by the coronavirus pandemic and the government only recently decided to gradually lift draconian restrictions it had imposed in early March to rein in contagion.

The demonstration was organized by the right-wing League, the far-right Brothers of Italy and the centre-right “Go Italy” parties to protest against the coalition government led by Prime Minister Giuseppe Conte.

Live streaming on social media showed protesters marching next to each other with a large Italian flag along Via del Corso, leading to the Piazza del Popolo in Rome’s historic centre.

Some protesters were not wearing face masks, made compulsory in Italy when sufficient distancing between people is not possible.

“I’ve have got a mask but experts say that the virus is dying,” Salvini said, referring to recent declarations by Italian professors that the coronavirus is losing its potency.

The demonstration was staged to coincide with celebrations for June 2, a public holiday, commemorating the vote in favour of the creation of a Republic after the Second World War.

The opposition rally took place as Head of State Sergio Mattarella visited Codogno, a small town in the north of Italy, home to the country’s first coronavirus patient and symbol of the emergency which has cost almost 33,500 lives so far.

“(Today) we celebrate what holds our country together: its moral strength. From here is where we want to start again,” Mattarella said.

Salvini praised the call for Italians to keep united after the coronavirus crisis but said that the government was turning a deaf ear to requests made by the opposition.