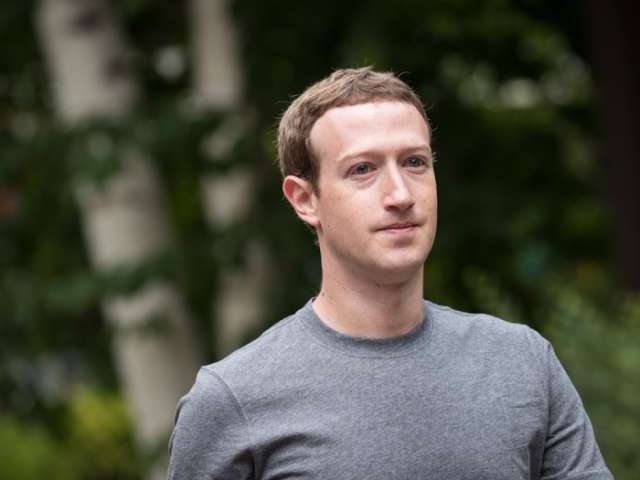 Mark Zuckerberg is standing by his decision to allow Donald Trump to threaten violence against George Floyd protesters on the platform despite harsh criticism from civil rights leaders and public dissent from his own employees, including a public resignation, the Guardian reports.

In a video conference with staff on Tuesday, Zuckerberg said that his decision to not remove Trump’s warning on social media on Friday that “when the looting starts the shooting start” was “tough” but “pretty thorough”, the New York Times reported. The company usually holds an all-staff meeting on Thursdays, but the session was moved up to address growing discontent among employees, hundreds of whom staged a “walkout” on Monday by requesting time off.

“I knew that I would have to separate out my personal opinion,” he told employees, according to the report. “Knowing that when we made this decision we made, it was going to lead to a lot of people upset inside the company, and the media criticism we were going to get.”

Anger at Facebook has only grown since Zuckerberg announced on Friday evening that the platform would not to take any action against Trump’s post, which quoted a racist 1960s police chief. Twitter deemed a tweet with the same language dangerous and chose to hide it behind a warning label “in the interest of preventing others from being inspired to commit violent acts”. But though Zuckerberg acknowledged the statement’s racist historical antecedent, he said that the company has a policy of allowing state actors to warn the public about the use of force.

This reasoning has garnered scorn from US civil rights leaders, three of whom spoke with Zuckerberg and his top lieutenant Sheryl Sandberg on Monday evening. “We are disappointed and stunned by Mark’s incomprehensible explanations,” said Vanita Gupta, Sherrilyn Ifill and Rashad Robinson – heads of the Leadership Conference on Civil and Human Rights, the NAACP Legal Defense and Educational Fund and Color of Change – in a joint statement.

“He did not demonstrate understanding of historic or modern-day voter suppression and he refuses to acknowledge how Facebook is facilitating Trump’s call for violence against protesters,” the added. “Mark is setting a very dangerous precedent for other voices who would say similar harmful things on Facebook.”

Zuckerberg has also faced continued public criticism from employees – a highly unusual occurrence for the company.

“Mark always told us that he would draw the line at speech that calls for violence,” Aveni wrote. “He showed us on Friday that this was a lie.”

Aveni connected Facebook’s accommodation of Trump’s violent rhetoric to the company’s track record in Asia, where Facebook has been implicated in ethnic cleansing in Myanmar, mob violence in Sri Lanka and the rise of a demagogue in the Philippines.

“Facebook, complicit in the propagation of weaponized hatred, is on the wrong side of history,” he wrote. “Facebook is providing a platform that enables politicians to radicalize individuals and glorify violence, and we are watching the United States succumb to the same kind of social media-fueled division that has gotten people killed in the Philippines, Myanmar and Sri Lanka. I’m scared for my country and I’m done trying to justify this.”

Facebook has been central to Trump’s political rise. While Trump himself prefers to use Twitter to fire off his thoughts, his brand of divisive, xenophobic and emotive rhetoric has proved extraordinarily successful on Facebook’s algorithmic timelines.

In an internal memo leaked to the New York Times in January, the longtime Facebook executive Andrew Bosworth wrote: “So was Facebook responsible for Donald Trump getting elected? I think the answer is yes, but not for the reasons anyone thinks. He didn’t get elected because of Russia or misinformation or Cambridge Analytica. He got elected because he ran the single best digital ad campaign I’ve ever seen from any advertiser. Period.”

On Tuesday, among the thousands of Facebook ads being run by Trump’s re-election campaign were dozens that referred to “the chaos going on around the world”. Supporters were encouraged to sign a “thank you” card – a political marketing technique designed to harvest email addresses and mobile phone numbers – “to show him how grateful we are for his efforts to Keep America Safe” . The “cards” were illustrated with images and text reading, “God Bless America”, “God Bless, President Trump”, and “God Bless The Trump Family”.