Angry protests in Paris over death of black Frenchman 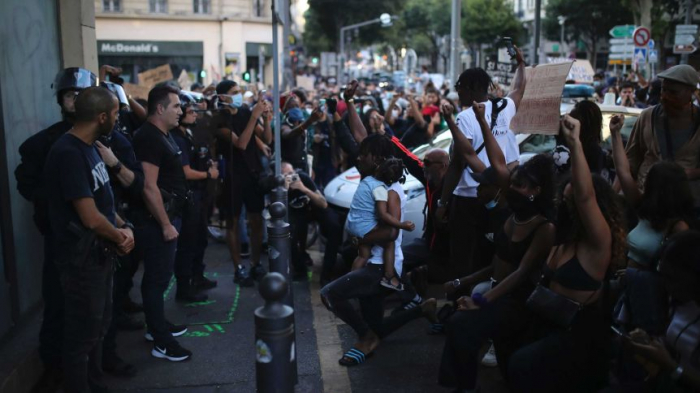 There were ugly scenes on the streets of Paris on Tuesday (June 2) evening.

A protest over the death of a black Frenchman who died in a police operation became a violent one.

Adama Traore's death at the age of 24 was four years ago.

But the recent killing of George Floyd in the United States has reignited memories here, of a time when a black man of their own died at the hands of the police.

Some protesters started fires and set up barricades in the French capital.

Police fired tear gas at them in an attempt to quell the unrest.

Adama Traore's sister, Assa, addressed the crowd, appealing for an end to racism in France.

Traore's family blamed excessive force during his arrest, when he was pinned down by three police officers.

Successive pathology reports, though, reached conflicting conclusions over the cause of death.

"Everyone hates the police", they chanted long into the evening, in scenes not too dissimilar to those across the United States in recent days.