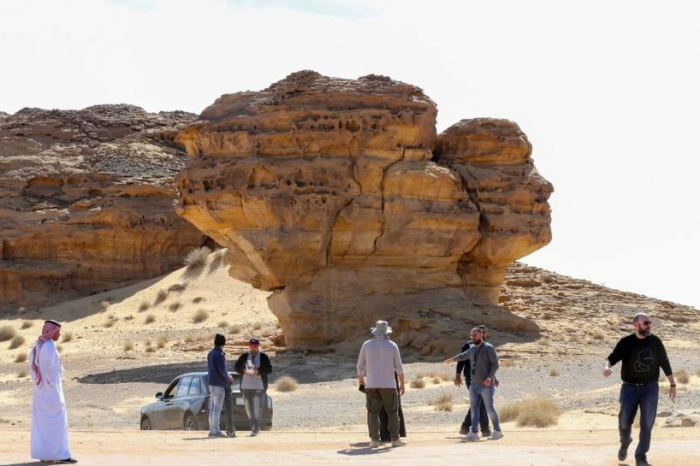 Abeer al-Howayan despaired of ever working after spending eight years trying to find a job that would put her chemistry degree to use in the Saudi Arabian town of Al Ula.

She eventually abandoned her scientific ambitions and turned to selling homemade cakes, before she was chosen last year for a government training programme to support a $20 billion flagship tourism project in the kingdom’s northwestern region.

The 31-year-old learned how to make artisanal soap from French experts flown in by Saudi authorities, and in late December started selling her creations at a booth near the rock-hewn tombs of Madain Saleh, site of an ancient civilisation.

Then the coronavirus struck. Even after all her compromises, Howayan’s future is uncertain once again.

The pandemic has hammered Saudi Arabia’s nascent non-religious tourism industry - among the few new sectors to have emerged under Crown Prince Mohammed bin Salman’s drive to diversify the economy from oil and create millions of jobs.

“It is very tough, but I keep telling myself things will get better after corona. One has to remain optimistic,” Howayan, whose online business has also slowed, told Reuters.

Women in the United States and Europe have taken an outsized hit from the wave of unemployment caused by the coronavirus, but for women in Saudi Arabia the downturn is particularly damaging because it struck just as their efforts to enter the workforce and gain greater financial independence were gaining traction.

Howayan is among nearly one million unemployed Saudis - 12% of the working-age population - pinning their hopes on the prince’s vision to modernise the conservative and patriarchal country with ambitious projects.

Women make up about 83% of the jobless, according to the Saudi statistics office. And it’s an educated group; 70% of those women have high school diplomas or university degrees.

And many were counting on the new sectors such as tourism to provide their entry to the workforce.