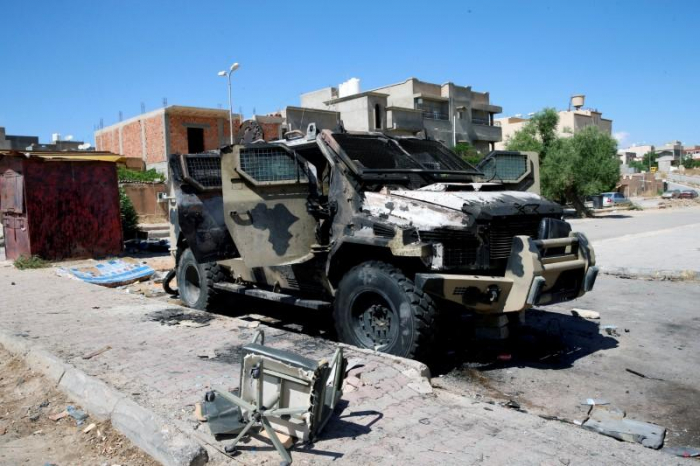 Libya’s internationally recognised government regained control of Tripoli on Thursday, driving eastern forces out of the capital after a year-long battle in which foreign powers poured in arms and fighters.

A military source with the eastern forces, whose base is in the eastern city of Benghazi, said they were pulling back from all of Tripoli’s suburbs. Government forces said they now held everything within the city boundary.

It represents a stinging reversal for eastern commander Khalifa Haftar and his Libyan National Army (LNA), which launched an offensive on Tripoli last year pledging to unite Libya after years of chaos.

Continued Russian, Egyptian and United Arab Emirates support for the LNA means the Government of National Accord (GNA), which is recognised by the United Nations and backed by Turkey, has little hope of carrying the war into eastern Libya for now.

But, with eastern forces withdrawing towards their northwestern stronghold of Tarhouna, the lines are being drawn for battles to come although both sides have agreed to resume U.N.-brokered ceasefire talks.

The arrival of heavier weapons, which the United States says include a fleet of Russian warplanes, means a new escalation could lead to deadlier fighting than at any time since the uprising that toppled Muammar Gaddafi in 2011.

Last week France, which has been largely supportive of Haftar, said the conflict risked replicating the scenario of Syria, where Turkish and Russian rivalry bolstered both sides in an attritional war of bombardment and air strikes.

The main outside powers engaged in the conflict have welcomed the decision to resume ceasefire talks and publicly say they support a political resolution, but it is unclear if they could agree on a settlement.

It leaves Libya still partitioned between rival administrations in Tripoli and Benghazi in the east.

“Everyone wants to sit at the table without losing territory, but the territory you hold strengthens your positions at the table,” the official said, adding Erdogan and Serraj would discuss both strategy and the situation on the ground.

The United Nations is responsible for convening talks, but its Libya envoy, Ghassan Salame, resigned in March and the Security Council has yet to agree on a permanent replacement.

Both sides in Libya are made up of unstable coalitions of sometimes rival factions. It is unclear how the failure of the Tripoli offensive could affect the position of Haftar, who went to Cairo on Wednesday for meetings with Egypt’s deputy defence minister.

Analysts say there are few other candidates capable of holding together the different forces in the LNA.

Its sudden reversals follow direct intervention by Turkey since late last year with drones that have targeted LNA supply lines and defences that neutralised much eastern air power.

In the past month, the GNA has also retaken a string of towns near the border with Tunisia and the strategic al-Watiya airbase southwest of the capital.

Fighting in the southern suburbs has for months involved intense bombardment of civilian areas held by the GNA, including rocket attacks on hospitals.

A GNA military spokesman said the recent advances meant Tripoli would now be out of range of LNA shelling.

But as the GNA moved southwards through the city over the past week, it said its fighters encountered many explosive booby traps hidden in houses. Civilians in LNA-held Tarhouna now face the prospect of coming under more intense bombardment.