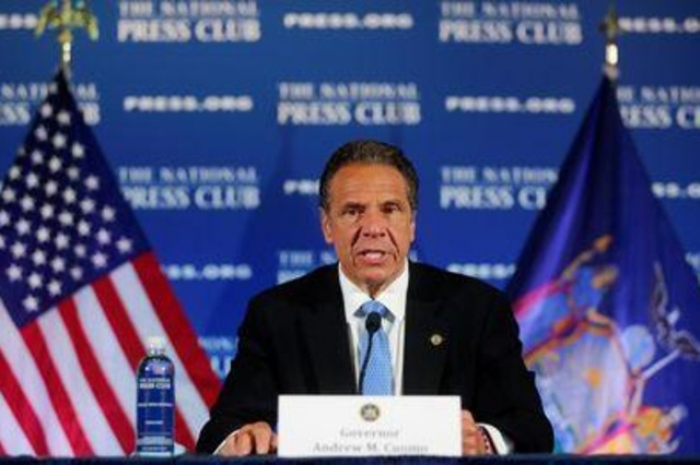 New York Governor Andrew Cuomo on Thursday said several days and nights of demonstrations in the state after the killing of George Floyd could accelerate the spread of the coronavirus, and urged protesters to get tested, AzVision.az reports citing Reuters.

“I’m not a nervous Nellie, I’m just looking at the numbers,” said Cuomo, noting that an estimated 30,000 people have protested in the state. “Many wear masks. But there is no social distancing. Police are in their face ... If you were at a protest, get a test, please.”

Officials in Chicago this week expressed similar concern, and asked protesters to quarantine themselves for 14 days.

Cuomo took time in his daily coronavirus briefing to sympathize with the protests, calling Floyd’s May 25 death in Minneapolis while in police custody a murder and adding, “I share the outrage.”

“It is a metaphor for the systemic racism and injustice that we have seen,” he added.

Following protests not only in New York City, but in the upstate cities of Buffalo, Albany, Rochester and Syracuse, Cuomo said the state would observe a “symbolic moment” of silence at 2 p.m. EDT (1800 GMT) for sharing grief and understanding.

“This is an injustice that should never happen again,” he said.

Cuomo said his concern about increased spread of the virus during the demonstrations would not impede the state’s regionally phased reopening, which is set to allow New York City to open on Monday for limited economic activity. A second phase of activity, which New York City Mayor Bill de Blasio said could start as early as July, will include outdoor restaurant seating.

With more people wearing face coverings, the state has made significant progress in halting the spread, as reflected in a drop in the rate of people testing positive for the virus over the past six weeks to 2% from 26%, he said.