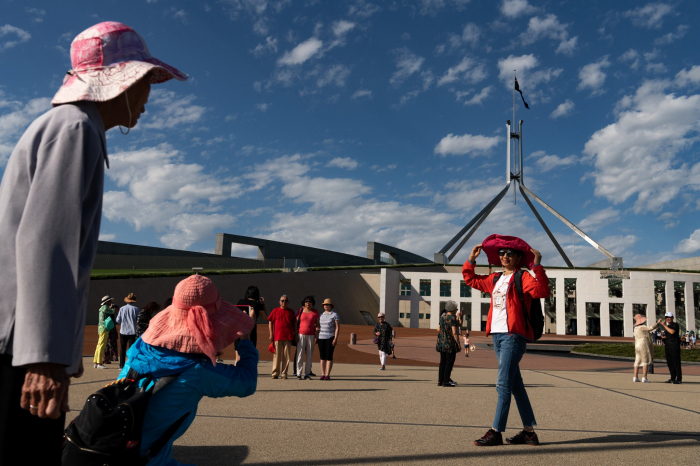 China has warned its citizens against traveling to Australia because of what it describes as rampant racial discrimination and violence in the country in the wake of the coronavirus outbreak.

The move was mostly symbolic, given that most foreign nationals are barred from traveling to Australia and that tourism has plummeted across the world because of the pandemic. It follows a series of economic punishments by China against Australia, after Australian officials led a call for an independent investigation into the spread of the coronavirus, which first emerged in the Chinese city of Wuhan.

In its announcement on Friday, the Chinese Ministry of Culture and Tourism said that “racial discrimination and violence against Chinese and Asians in Australia has increased significantly.”

Attacks against people of Asian descent have risen sharply across the world during the pandemic as xenophobia spreads. Asian Australians say they have endured harsh verbal harassment as well as physical attacks, including being spit on and coughed upon.

Relations between Australia and China have worsened significantly in recent weeks, as Australian officials have pushed China to allow an investigation into the virus. In response, China suspended some Australian beef imports and raised tariffs on Australian barley. China has denied that its decisions were politically motivated.

The travel warning on Friday stirred patriotic feelings in China, with many people criticizing racism in Australia.