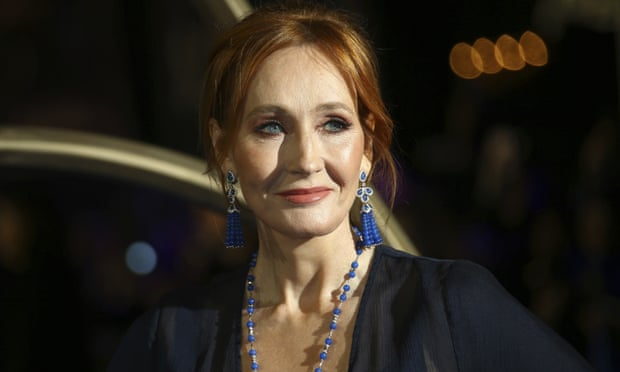 JK Rowling has revealed her experience of domestic abuse and sexual assault for the first time, in a lengthy and highly personal essay written in response to criticism of her public comments on transgender issues, the Guardian reports.

In a 3,600-word statement published on her website on Wednesday, Rowling described in more detail than ever how she became involved in an increasingly bitter and polarised debate around the concept of gender identity.

The author revealed she was “a domestic abuse and sexual assault survivor”, citing this alongside her belief in freedom of speech and experience as a teacher as reasons behind her position.

“I’m mentioning these things now not in an attempt to garner sympathy, but out of solidarity with the huge numbers of women who have histories like mine, who’ve been slurred as bigots for having concerns around single-sex spaces,” she wrote.

The piece came after the Harry Potter author posted a series of messages on Twitter at the weekend that provoked fresh criticism, including one that read: “If sex isn’t real, the lived reality of women globally is erased. I know and love trans people, but erasing the concept of sex removes the ability of many to meaningfully discuss their lives.”

Since then, prominent figures have publicly argued against her position, including actors who have worked in the Harry Potter franchises such as Daniel Radcliffe and Eddie Redmayne, the non-binary celebrity Jonathan Van Ness and the trans author Juno Dawson.

In her essay, Rowling writes of her own struggles with sexism and misogyny, and her adolescent sense of being “mentally sexless”, adding that reading accounts of gender dysphoria by trans men had made her wonder “if I’d been born 30 years later, I too might have tried to transition”.

“The allure of escaping womanhood would have been huge. I struggled with severe OCD as a teenager. If I’d found community and sympathy online that I couldn’t find in my immediate environment, I believe I could have been persuaded to turn myself into the son my father had openly said he’d have preferred,” she wrote.

Rowling said she had initially been moved to share her thoughts after reading about proposed “gender confirmation certificates” in Scotland, which will allow trans people to change sex on their birth certificates based on how they identify and not medical and psychiatric reports. She accused her critics of “groupthink” and “relentless attacks”, saying that while she believed trans people needed and deserved protection due to the high rates of domestic and sexual violence they endure, she did not agree that trans women who have not undergone hormone therapy or surgical transition should have access to single-sex spaces.

“When you throw open the doors of bathrooms and changing rooms to any man who believes or feels he’s a woman – and, as I’ve said, gender confirmation certificates may now be granted without any need for surgery or hormones – then you open the door to any and all men who wish to come inside. That is the simple truth,” she wrote.

She said the criticism had left her “in a very dark place inside my head, as memories of a serious sexual assault I suffered in my 20s recurred on a loop. That assault happened at a time and in a space where I was vulnerable, and a man capitalised on an opportunity. I couldn’t shut out those memories and I was finding it hard to contain my anger and disappointment about the way I believe my government is playing fast and loose with women’s and girls’ safety.”

She also confirmed for the first time that she had suffered physical abuse in her 20s. “If you could come inside my head and understand what I feel when I read about a trans woman dying at the hands of a violent man, you’d find solidarity and kinship,” she wrote.

Citing an unnamed poll, Rowling claimed that those who did not support preserving single-sex spaces were “only those privileged or lucky enough never to have come up against male violence or sexual assault, and who’ve never troubled to educate themselves on how prevalent it is”.

She said she had been contacted by “huge numbers” of women who were afraid to speak publicly about trans reforms, and decried institutions and organisations she once admired for “cowering before the tactics of the playground”. She said she believed misogyny and sexism were reasons behind the 4,400% increase in the number of girls being referred for transitioning treatment in the past decade.

“I’ve read all the arguments about femaleness not residing in the sexed body, and the assertions that biological women don’t have common experiences, and I find them, too, deeply misogynistic and regressive. It’s also clear that one of the objectives of denying the importance of sex is to erode what some seem to see as the cruelly segregationist idea of women having their own biological realities or – just as threatening – unifying realities that make them a cohesive political class … It isn’t enough for women to be trans allies. Women must accept and admit that there is no material difference between trans women and themselves,” she wrote.

The essay prompted a heated debate on Twitter. On Wednesday evening Emma Watson, who played Hermione Granger in the Harry Potter films, tweeted: “Trans people are who they say they are and deserve to live their lives without being constantly questioned or told they aren’t who they say they are.”

In a second tweet, she said: “I want my trans followers to know that I and so many other people around the world see you, respect you and love you for who you are.”