At least 35 people dead as migrant boat sinks off Tunisia 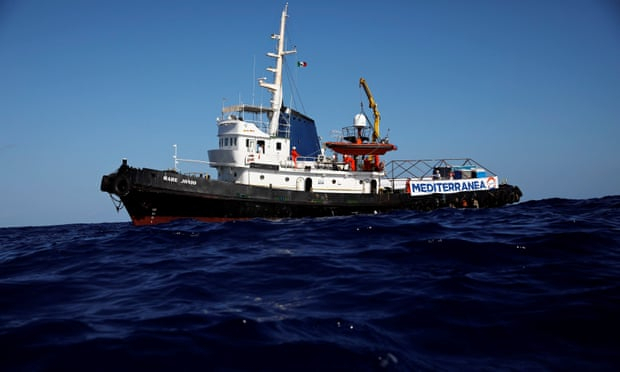 At least 35 people have died after a boat carrying dozens of people sank last week off the coast of Tunisia, according to local officials.

According to an initial reconstruction of events, the boat, carrying 53 people mostly from sub-Saharan Africa, had left the Tunisian coast from the city of Sfax, aiming to reach Italy. The shipwreck occurred between 4 and 5 June off the Kerkennah Islands, said investigators and authorities were alerted on 9 June by fishermen who first spotted the floating bodies, the Guardian reported.

Officials in Sfax said the bodies of 22 women had been recovered, one of whom was pregnant, out of a total of 35 found. At least three children, between the ages of 3 and 4, also died. Tunisian authorities have launched an investigation.

According to the United Nations refugee agency, attempts to reach the Italian coast from Tunisia increased by 150% in the first four months of the year, compared with the same period in 2019. More than 80 people trying to reach Europe died in July 2019 after their boat capsized off the port town of Zarzis.

The UNHCR Tunisia representative, Hanan Hamdan, said she was “concerned about this new trend in departures. We need to provide people with meaningful alternatives that can prevent extreme choices in the search for a better life.’’

Vincent Cochetel, the UNHCR’s special envoy for the central Mediterranean, said he feared more would try to make the crossing. “Fifty-three per cent of migrants and refugees lost their jobs during the Covid-19 restrictions in Tunisia. It is not clear how many will manage to get a job back or will face tougher competition with locals,” he said. “Despair drives people to risk their lives and smugglers keep lying to them.”

Italy and Malta in April declared their seaports “unsafe” due to the pandemic and closed their borders to migrant landings. Boats carrying asylum seekers and migrants were left adrift in European search and rescue (SAR) zones and an unknown number are believed to have died at sea of starvation, dehydration or drowning.

At least three NGO rescue boats have now resumed their work in the Mediterranean. On Tuesday night, the Mare Jonio, led by the Italian NGO Mediterranea, sailed toward to Libyan SAR zone. After two months, the Astral, commanded by the NGO Proactiva Open Arms, has returned to the sea, while the German SeaWatch3 is heading towards the Libyan coast after a three-month pause in the port of Messina.

“War refugees and victims of torture are being left to die in silence or captured with the coordination of European governments and then tortured in Libyan detention camps. Mare Jonio is returning to its rightful place, where aid and humanity are needed,” said Alessandra Sciurba, the president of Mediterranea.

And as millions of people take to the streets to protest against police brutality in the name of George Floyd, Sciurba added: “‘I can’t breathe’ is also the last call for help among those dying in the Mediterranean, condemned to death at the hands of criminal policies.”