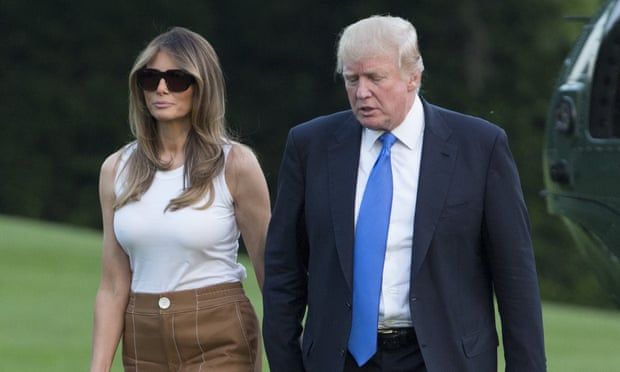 Melania Trump delayed coming to the White House after her husband Donald Trump won the 2016 election because she was renegotiating her prenuptial agreement, a new book has claimed, the Guardian reports.

The delay after Trump was inaugurated in early 2017 was officially explained as the first lady not wanting to interrupt the schooling of the couple’s son, Barron, in New York. It triggered a wave of media speculation that the couple’s marriage was strained and criticism of the high cost of providing security for Melania and Barron as they lived away from the White House.

But a new book by the Washington Post reporter Mary Jordan, of which her newspaper obtained a pre-publication copy, claims another reason for the delay in Melania moving into the White House was a renegotiation of their pre-marital financial agreement.

“Jordan reveals … that the first lady was also using her delayed arrival to the White House as leverage for renegotiating her prenuptial agreement with President Trump,” a news report in the Post said.

“The incoming first lady needed time to cool off, and to amend her financial arrangement with Trump – what Melania referred to as ‘taking care of Barron’,” the report added.

The book, called The Art of Her Deal: The Untold Story of Melania Trump, is based on more than a hundred interviews with people who know Melania from every stage of her life, from her childhood in Slovenia to her time in the White House.

The portrait that reportedly emerges from its 286 pages is very different from the idea of Melania as a reluctant first lady. Far from being shy and retiring, she emerges as a force in her own right, backing her husband politically and determined to secure a place for Barron in the family business.

“What emerges is a picture of personal ambition similar to Trump’s,” the Post wrote.