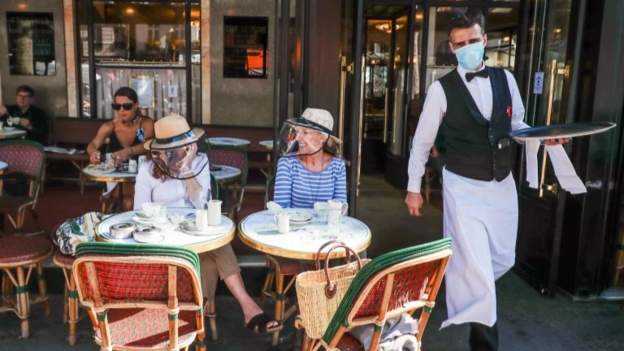 French President Emmanuel Macron has said the country has "won its first victory" over the virus, and a number of restrictions will now be lifted.

In a televised speech to the nation, he said France would reopen its borders to travellers from the European Union from Monday.

Restaurants and cafes will also be able to reopen fully, not only outdoors. Schools, except for high schools, will open from 22 June. Macron however warned the virus could still return.

He also said the disease had exposed France’s "shortcomings" - and that the country had been overly dependent on global supply chains.