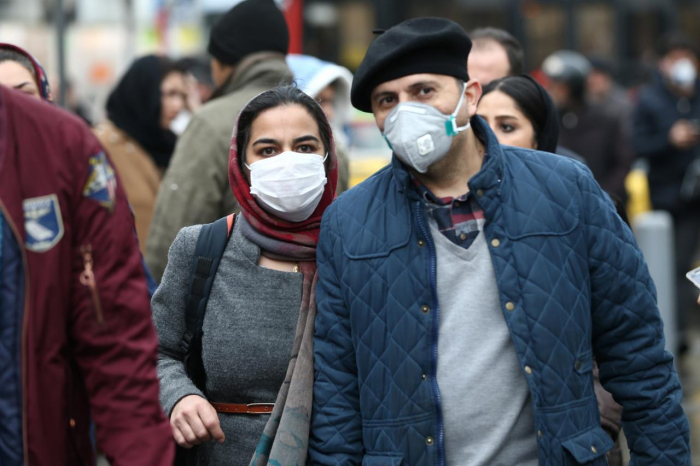 Iran warned Monday it may have to reimpose tough measures against the novel coronavirus to ensure social distancing, as it reported more than 100 deaths for a second straight day, AzVision.az reports citing AFP.

She also said another 2,449 people had tested positive for the virus in the past 24 hours, taking the Islamic republic's overall caseload to 189,876.

Official figures have shown a rising trajectory in new confirmed cases since early May, when Iran hit a near two-month low in daily recorded infections.

Government spokesman Ali Rabiei on Monday bemoaned the lack of social distancing among people at holy sites and on public transport.

"In the (Tehran) subway, although 90 percent of passengers use masks, social distancing is not being observed," he told a news conference.

"In some provinces, we have reached the peak of the disease, but that does not mean a new peak.

"The gradient of the death toll is still not sharp", with a slight decline in Tehran, but increase in some other provinces, Rabiei said.

"If we find that the spread of the virus is out of control... then we will definitely apply strict decisions again."

Iran had on Sunday reported 107 deaths from the COVID-19 illness -- the first time the tally has surpassed 100 since April 13.

According to Lari, five of Iran's 31 provinces are currently classified as "red" -- the highest level on Iran's colour-coded risk scale.

There has been scepticism at home and abroad about Iran's official COVID-19 figures, with concerns the real toll could be much higher.