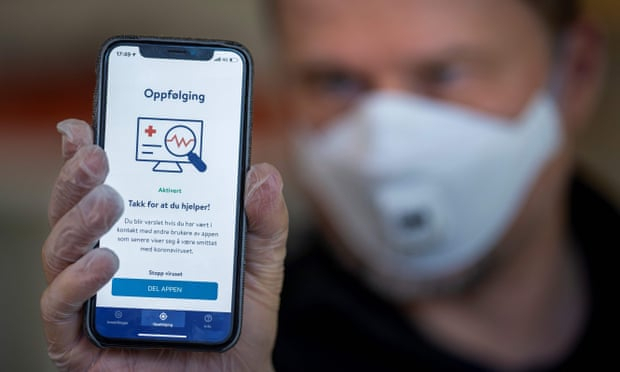 Norway’s health authorities said they suspended an app designed to help trace the spread of coronavirus after the country’s data protection agency said it was too invasive of privacy.

Launched in April, the smartphone app Smittestopp (“infection stop”) was set up to collect movement data to help authorities trace the spread of Covid-19, and inform users if they had been exposed to someone carrying the virus.

On Friday, the data agency Datatilsynet issued a warning that it would stop the Norwegian Institute of Public Health from handling data collected via Smittestopp.

Datatilsynet said the restricted spread of coronavirus in Norway, as well as the app’s limited effectiveness due to the small number of people using it, meant the invasion of privacy resulting from its use was disproportionate.

Camilla Stoltenberg, the public health institute’s director, said she disagreed with that assessment, but the institute would delete all the app’s data and suspend its work.

Stoltenberg said this would weaken Norway’s response to the spread of coronavirus. “The pandemic is not over,” she said.

The app was being used by 600,000 of Norway’s 5.4 million inhabitants. Developed in Norway and downloadable on a voluntary basis, the application used centralised data storage, as is planned in France and the UK.

Norway, which has reported 242 coronavirus deaths as of last week, is recording only a handful of new daily infections.