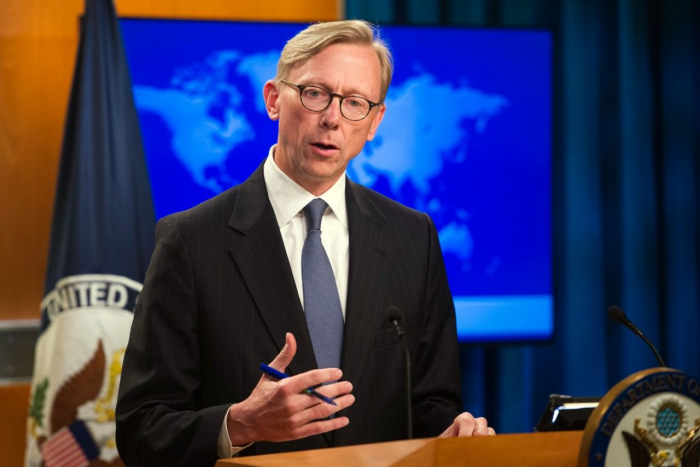 The United States would like a face-to-face meeting with Iran to discuss prisoner releases and it wants the U.N. Security Council to impose an indefinite arms embargo on the Islamic Republic, a senior U.S. diplomat said on Tuesday, AzVision.az reports citing Reuters.

The two adversaries disagree on many issues, including U.S. President Donald Trump’s decision two years ago to abandon the 2015 Iran nuclear deal under which Tehran limited its nuclear program in return for economic sanctions relief.

Trump has since restored U.S. sanctions that have choked Iran’s oil exports, the country’s main source of revenue, while Iran has accelerated its nuclear program. Washington believes Iran may seek a nuclear weapon, something Tehran denies.

Despite the tensions, the two sides struck a deal under which Iran on June 4 freed a U.S. Navy veteran it had detained since 2018 and the United States allowed an Iranian-American physician to visit Iran.

Speaking at a virtual event hosted by the Council on Foreign Relations, U.S. Special Representative for Iran Brian Hook said he hoped for further prisoner exchanges and talks on a wide array of issues.

Tehran has been reluctant to deal with Washington since the Trump administration abandoned the nuclear agreement, demanding the United States return to it.

“We’d love to have an in person meeting to have a consular dialogue so that we can move faster than we have,” Hook said.

“The door for diplomacy on our side is wide open, not just on these matters but on ... all the issues that have been bedeviling the US-Iran bilateral relations for 41 years,” he said, saying Trump “would like to get to the negotiating table.”

He also said Washington, which criticizes Tehran for backing proxies in Iraq, Lebanon and Yemen, believes a U.N. arms embargo on Iran expiring in October should be extended indefinitely.