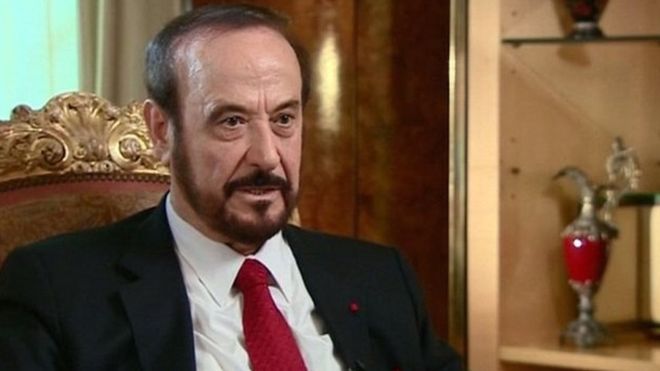 The uncle of Syrian President Bashar al-Assad has been sentenced to four years in prison by a Paris court for money-laundering, BBC reported.

Rifaat al-Assad was convicted of embezzling Syrian state funds to buy homes and offices worth €90m (£80m) to build a French property portfolio.

The 82-year-old former vice-president denies any wrongdoing. His lawyers say he will appeal.

His property assets in Paris and London will be seized, the court ruled.

Assad, who was hospitalised with internal bleeding in France in December, was not in court for the ruling. His London property is believed to be worth €29m (£26m).

Who is Rifaat al-Assad?

He was once the second most powerful man in Syria - the military commander at the right hand of his brother Hafez, who led Syria from 1971 until his death in 2000.

Rifaat is known as the "Butcher of Hama" by some Syrians because of his alleged role in the bloody suppression of an anti-government uprising in the city in 1982 but he has denied any responsibility for the massacre. Between 10,000 and 20,000 people are estimated to have died.

Since 1984, when he led a failed coup against his brother, Rifaat has mostly lived in exile in France and Spain.

After Hafez died in 2000, Rifaat proclaimed himself his brother's legitimate successor. But Bashar became president.

When Syria descended into civil war in 2011 he called on his nephew to step down.

His lawyers say his political past is irrelevant to an investigation into his financial activities.