China hits back at Australia's 'rubbish' accusations of spreading disinformation 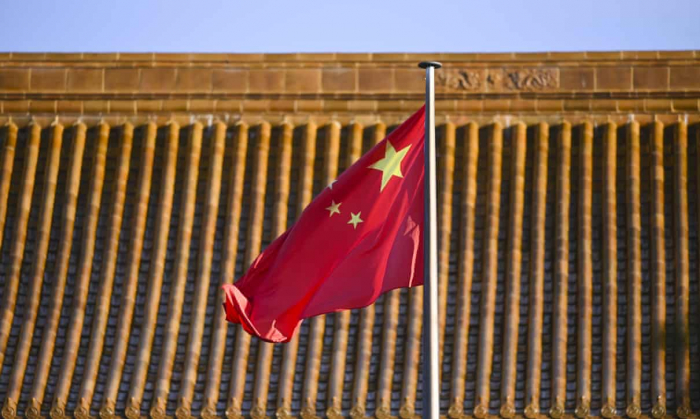 Chinese embassy in Canberra accuses Australian media of ‘rumours, lies and malicious slanders against China’ that has been picked up by politicians.

China has hit back at “baseless accusations” that are “completely rubbish” after Australia accused Beijing of spreading disinformation during the pandemic.

At a press briefing in Beijing on Wednesday, the Chinese government spokesman Zhao Lijian accused Australian officials of undermining international efforts to combat the virus.

“Australian officials have described the facts of discrimination and violence within their country as disinformation – but what about the feelings of those victims?” Zhao said.

“I would like to again advise Australia to listen attentively to the voices of the victims, face its problems and self-reflect. To be frank, we do not believe it is in Australia’s long-term interest to manipulate the epidemic for personal gain, disregard facts and undermine international cooperation,” he said.

The Chinese embassy in Canberra said late on Wednesday that “some Australian media have been fraught with rumours, lies and malicious slanders against China” and some Australian politicians had also been keen to play up this “false information”.

“It is obvious to see who is engaged in stigmatisation, politicisation, sowing division, and undermining international cooperation,” an embassy spokesperson said in a statement, adding that the claims China was spreading disinformation were “completely rubbish”.

The comments come after Australia’s foreign minister, Marise Payne, made a forthright speech in Canberra on Tuesday evening in which she characterised the Chinese government’s recent warnings to students and travellers about the risk of racist attacks in Australia as “disinformation”.

Payne also pointed to last week’s report issued by the European Commission that concluded Russia and China had carried out targeted disinformation campaigns “seeking to undermine democratic debate and exacerbate social polarisation”. She said such disinformation “contributes to a climate of fear and division when what we need is cooperation and understanding”.

Birmingham said it was frustrating that he still had not been able to speak with his Chinese counterpart, even though he put in a request for talks a month ago when Beijing imposed steep tariffs on Australian barley imports.

He declared on Wednesday that Australia was ready to talk with China – its largest trading partner – about their differences, but “not by trading away any of our values and not by compromising on our policy”.

In an address to the National Press Club in Canberra, he said both sides needed to respect each other’s sovereignty and look for ways to achieve mutual benefit.

“The best way to resolve and to work through differences is through dialogue, and Australia is ready, and willing, to have that mature, sensible dialogue that grown-ups have even when you have differences of opinion,” the trade minister said.

The latest strain in relations came last weekend when Chinese officials announced an Australian man, Karm Gilespie, had been sentenced to death for attempting to smuggle 7.5kg of methamphetamine through a Chinese airport in December 2013.

Angered at Australia’s vocal and early calls for an independent inquiry into the origins and handling of Covid-19, China has taken a series of trade and economic actions, including suspending red meat imports from four Australian abattoirs and warning students and tourists against travelling to Australia because of the risk of racism.

Birmingham appealed to China on Wednesday to realise the mutual benefits of trade with Australia, and to argue the barley tariff decision would also hurt Chinese consumers and producers.

There are predictions that Chinese buyers of Australian malting barley will need to shift to higher-priced or lower-quality alternative sources.

Birmingham said Australia’s partnership with China had been built over many years and extended “the hand of friendship based on pragmatism and mutual benefit”.

He noted that while China’s economic recovery would support Australia’s recovery after the pandemic, the support would flow in the opposite direction, too. “We all win together or we all lose together.”

Birmingham praised China for joining with Australia, the EU and 18 other World Trade Organization members to create an interim appeal system to finalise trade disputes between participating countries. The existing system was stalled after the US blocked appointments.

“It’s an important sign for us that China is one of the parties to this interim arrangement. It shows that they see many of the same benefits of a rules-based global trading system that we do.”

Birmingham also used his speech to warn that now would be the wrong time to “give in to the tempting but ultimately empty promises of protectionism”. With one in five Australian jobs relying on trade, he said an inward-looking Australia “would be a smaller, poorer Australia”.

While “rhetoric calling for a turn inward can be seductive” during tough economic times, he said: “Most protectionist arguments are nothing but an illusion, promising a return to a nostalgic but mythical past.”

In a world that was “already marked by growing economic nationalism”, the challenge would be to strike the right balance and ensuring Australia had domestic capacity in key areas such as advanced manufacturing “while not engaging in a wholesale retreat from the openness that underpins our prosperity”.

Australia and New Zealand announced on Wednesday that they would each begin negotiations on a free trade agreement with the UK.

Scott Morrison, the Australian prime minister, said a deal with the UK would demonstrate both countries’ determination “to open not close our markets in the post-Covid era”. Boris Johnson said in a video message: “I want a world in which we send you Marmite, you send us Vegemite.”