The Premier League is back after a 100-day shutdown 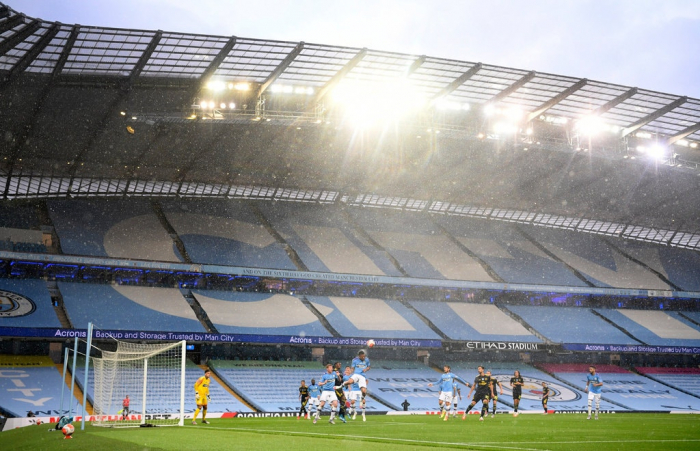 When Premier League soccer returned to England on Wednesday after a 100-day shutdown, players knelt in support of the Black Lives Matter movement and observed a minute of silence in memory of coronavirus victims, the New York Times reported.

Two games were played, in Manchester and Birmingham, and a full slate of matches is scheduled for the weekend. For the rest of the season, Premier League jerseys will feature a Black Lives Matter logo and a badge thanking Britain’s overburdened National Health Service — a show of appreciation for medics who have treated coronavirus patients.

Also on Wednesday, the Champions League took its first concrete steps toward returning. Officials from European soccer’s governing body, UEFA, announced that the competition — suspended three months ago — would be completed as an eight-team knockout tournament in August in Portugal.

During the 100 days without the Premier League, England did not seem to stop talking about it, our soccer columnist Rory Smith writes. For example: Were players doing enough to help the N.H.S.? And should clubs be allowed to use the government’s furlough scheme?

“Most of all, though,” Rory writes, “as the death tolls mounted and the lockdown gripped, it asked again and again if soccer could return in the world of the coronavirus, or, more pertinent, whether it should. And then it asked, again and again, why everyone was talking about soccer so much.”