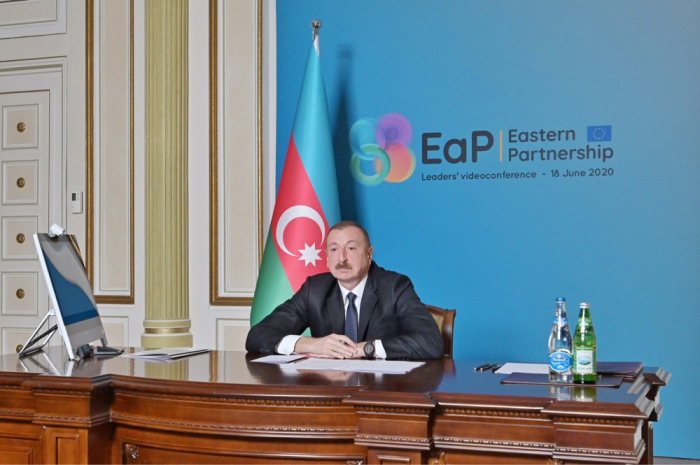 The head of the state said: "We have close cooperation with many EU member countries. Azerbaijan has signed document on strategic partnership with 9 EU members. We are at the final stage of negotiations on a new partnership agreement with the EU. 90 % of the text has already been agreed. Two years ago, document on "Partnership Priorities", emphasizing the loyalty of both sides to the principles of independence, sovereignty, territorial integrity and integrity of the internationally recognized borders was signed in Brussels.  "