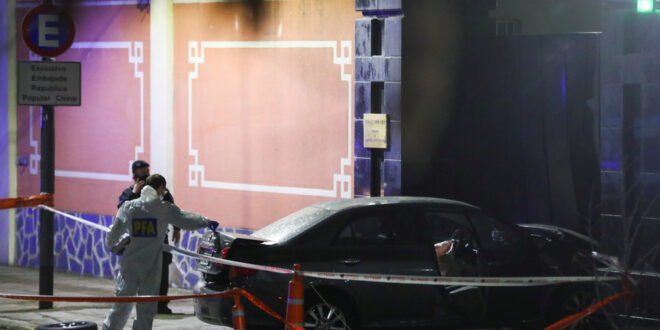 The suspect, according to preliminary data, is a 24-year old man with a history of mental issues who confessed that he tried to break the gate to enter the embassy and claimed to have explosives, Sputnik reports.

A man has driven his car into the Chinese Embassy in Buenos Aires, Argentina, local media reported on late Monday.

The Chinese ambassador to Argentina was not at the premises at the time of the incident.

A bomb squad was called to the scene, but found no explosives in the man's vehicle.

According to footage circulating on social media, the suspect said that he "knows the truth about COVID-19" and needed "help from the Chinese Embassy".