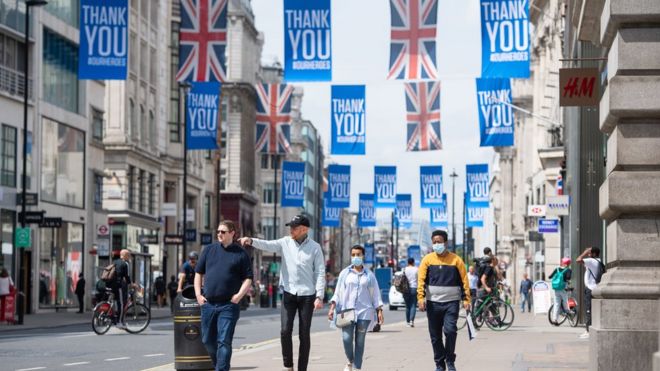 Health leaders are calling for an urgent review to determine whether the UK is properly prepared for the "real risk" of a second wave of coronavirus, AzVision.az reports citing BBC News.

In an open letter published in the British Medical Journal, ministers were warned that urgent action would be needed to prevent further loss of life.

The presidents of the Royal Colleges of Surgeons, Nursing, Physicians, and GPs all signed the letter.

The Department of Health said it would continue to be guided by the latest scientific advice and would give the NHS "whatever it needs".

On Tuesday, the prime minister said pubs, restaurants, cinemas and hairdressers will be able to reopen from 4 July.

The 2m social-distancing rule will be replaced with a "one-metre plus" rule, meaning people should stay at least 2m apart where possible, but otherwise should remain at least 1m apart while taking steps to reduce the risk of transmission, such as wearing face coverings.

The 2m rule will remain in Scotland, Wales, and Northern Ireland, however.