Kyrgyzstan weighs return to state of emergency over coronavirus 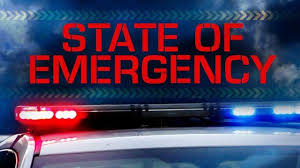 Kyrgyzstan will decide on Thursday whether to declare a state of emergency in two major cities and two provinces over a resurgence in the coronavirus pandemic, the healthcare ministry of the central Asian nation said.

A prior state of emergency lasted until May, during which the former Soviet republic locked down several cities and districts including the capital, Bishkek, and imposed a curfew there.

The number of coronavirus infections has more than doubled to 3,954 this month in the nation of 6.5 million people that borders China.

Deputy health minister Madamin Karatayev said the government was particularly concerned about Bishkek, the second-biggest city of Osh and the provinces of Osh and Chu, where it was considering re-declaring a state of emergency.

Kyrgyz President Sooronbai Jeenbekov missed a World War Two victory parade in Russia this week after two people who accompanied him on a flight to Moscow tested positive for the respiratory disease on arrival.

Jeenbekov’s office said on Thursday his COVID-19 test done after the trip was negative but he would to self-isolate and work remotely.

Karatayev said the authorities were also considering temporarily closing the shared headquarters of the president and parliament in Bishkek.