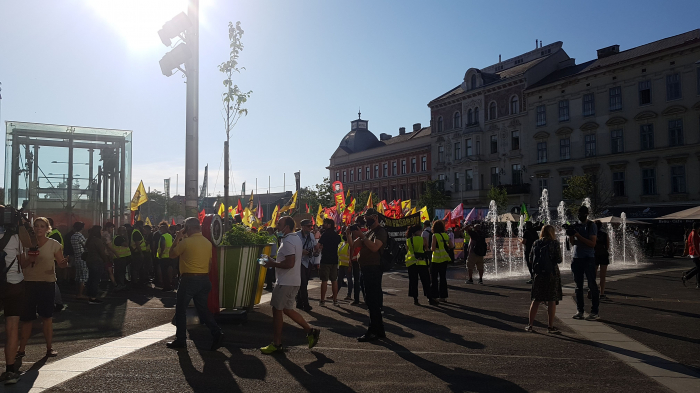 Austria pledged on Monday to find out who was behind clashes between Kurdish and Turkish protesters in the Austrian capital last week that have further strained already tense relations between Vienna and Ankara.

The Turkish Foreign Ministry strongly criticised Austria’s handling of the protests, which it said were by groups linked to militants of the outlawed Kurdistan Workers Party (PKK).

“Austria’s ambassador to Ankara will be invited to our ministry and informed of our concern,” it said, accusing Austrian security forces of meting out “harsh” treatment to the Turkish protesters.

Austria’s Foreign Ministry said over the weekend it would also summon Turkey’s ambassador on Monday.

The trouble erupted last Wednesday when Turks heckled a Kurdish gathering in Vienna, police said. Kurdish protests on Thursday and Friday with around 300 people led to clashes with Turkish counter-protesters in which stones and fireworks were thrown, said the police, who were also attacked with metal bars.

“It is completely unacceptable for Turkish conflicts to be carried out on Austrian territory,” Interior Minister Karl Nehammer told a news conference, adding that both sides had attacked the police.

“We will look very precisely at who was behind this escalation during these recent demonstrations.”

“It would be unacceptable if it turns out that Turkish groups on Ankara’s orders, so to speak, are causing destabilisation in Austria,” Nehammer added.

Police fined some counter-demonstrators for using a banned hand gesture associated with the Grey Wolves, a Turkish nationalist group. In total, 11 arrests were made and seven police officers injured, Nehammer said.

PKK militants have been waging an insurgency against the Turkish state in mainly Kurdish southeast Turkey since 1984 in a conflict that has claimed more than 40,000 lives.

The PKK is designated a terrorist group by Turkey, the European Union and the United States.