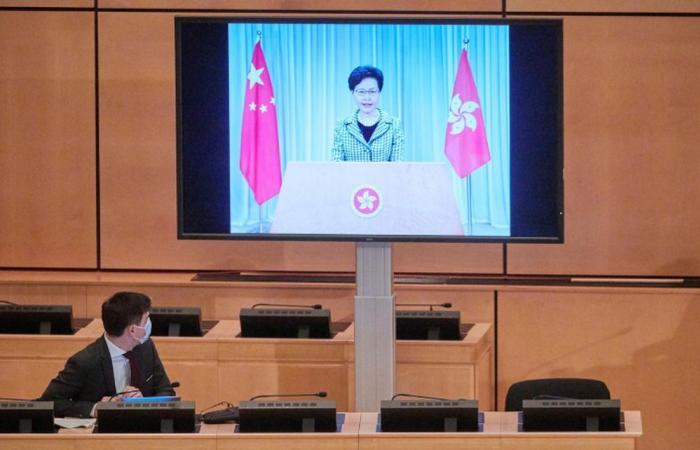 Hong Kong leader Carrie Lam told the main U.N. human rights forum on Tuesday that China’s national security legislation for Hong Kong would fill a “gaping hole” and would not undermine its autonomy.

China’s parliament passed national security legislation for Hong Kong, setting the stage for the most radical changes to the former British colony’s way of life since it returned to Chinese rule 23 years ago.

Lam’s video message to the Human Rights Council in Geneva

came after an unprecedented joint call by U.N. experts for greater scrutiny of China’s record, including “moves against the people of Hong Kong”, and its treatment of ethnic minorities in the restive regions of Xinjiang and Tibet.

Hong Kong had been “traumatised by escalating violence fanned by external forces”, she said.

“All in all these acts have crossed the ‘one country’ red line and called for resolute action,” Lam said, adding that the new legislation would be applied “in accordance with the Basic Law”, Hong Kong’s mini-constitution.


She noted that the Basic Law - which enshrines the principle of “one country, two systems” after Hong Kong returned to Chinese rule in 1997 - protects freedoms of speech, assembly and the press.

“In short, the legislation will not undermine ‘one country, two systems’ and Hong Kong’s high degree of autonomy,” Lam said.

“The legislation aims to prevent, curb and punish acts of cessation, subversion of state power, terrorist activities and collusion... These crimes will be clearly defined in the law,” she said.

More than 50 U.N. human rights experts, in an unprecedented joint statement last Friday, urged the council to hold a special session on China and establish a standing mandate to monitor abuses.

Agnes Callamard, U.N. investigator on extrajudicial executions, said in a tweet on Tuesday that “now more than ever” the council should act.