Unseen Picasso portrait of lover and muse to appear at auction 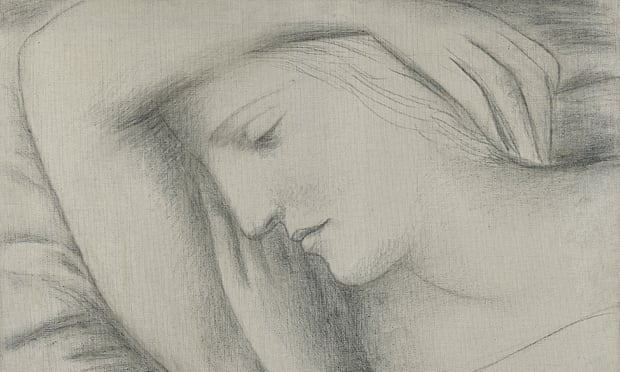 A tender and largely unseen portrait by Picasso of his lover and muse Marie-Thérèse Walter, which the artist personally kept until his death, is to appear at auction for the first time.

The 1931 charcoal drawing shines light on one of the great love affairs of the 20th century and was made by Picasso when his affair with Walter was still a closely guarded secret.

It is “an absolute gem, it is so exquisitely beautiful,” said Helena Newman, worldwide head of Sotheby’s impressionist and modern art department. “He has applied a technique which gives an incredible intimacy to the work.

“It’s charcoal and is effectively the hand literally almost caressing her. It is just wonderful, it looks back to the great drawings of the Renaissance yet it is so incredibly modern and free and spontaneous and direct. It is like you are looking over his shoulder as he is drawing it.”

Picasso then 45 and unhappily married, fell for the 17-year-old Walter when he noticed her through the window of Galeries Lafayette in Paris in 1927. “I’m sure we shall do great things together. I’m Picasso,” he said to someone who had not the faintest idea who he was.

The chance meeting and subsequent affair was effectively Picasso being reborn, his grandson Olivier Widmaier Picasso has said.

She inspired paintings, drawings and sculptures, some of which are considered the greatest works from a career which spanned eight decades.

A 2018 Picasso exhibition at Tate Modern showed some of the many exhilarating and intense paintings she inspired.

The drawing appearing at auction is much more gentle and intimate. A testament of its personal importance is that Picasso kept it until his death, after which it passed to his son Bernard. It was bought by its present owner in 1986 and has not been seen nor publicly exhibited since.

It is part of a private collection, accumulated over 40 years, of works that tell the story of 20th century European avant-garde art.

Sotheby’s called it a treasure trove. It is also selling works from the collection by artists including Wassily Kandinsky, Lyonel Feininger, Alberto Giacometti, Marc Chagall, August Macke and Jean Arp.

One of the standouts is an important cubist work by Fernand Léger, Nature morte, 1914, which has an estimate of £8-£12m and has not been seen since it was purchased in 1984.