Analysis : Six months on, has COVID-19 changed Europe for good? 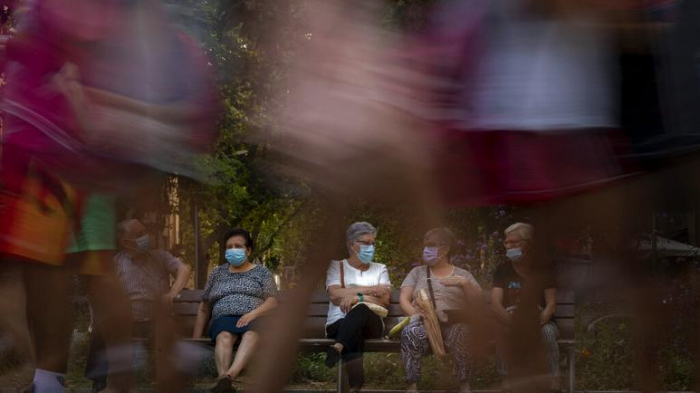 “The hard reality is: This is not even close to being over. Although many countries have made some progress, globally the pandemic is actually speeding up. The lack of national unity and lack of global solidarity and the divided world is actually helping the virus to spread... The worst is yet to come."

The stark words of Tedros Adhanom Ghebreyesus, the Director-General of the World Health Organization, on Monday.

This week marks six months since China made public that it had identified a novel coronavirus. I was in Hong Kong at the time, vaguely aware of the news reports, but entirely unaware that this new disease would upend our world, destroy many lives and plunge the global economy into the deepest recession in nearly a century.

There have been more than 10 million infections confirmed worldwide since then, with more than half a million deaths, including tens of thousands here in Europe. The United States alone accounts for more than one-quarter of all confirmed cases, with nearly 126,000 virus-related deaths. And as Dr Tedros alarmingly points out, things are only getting worse.

Thankfully, that's not the case here in Europe... yet. The number of infections first exploded in Italy before spreading to Spain, France and then the UK. The most severe lockdowns since World War II were imposed on a mostly compliant, worried public. Some countries have dealt with the immediate health crisis much better than others. Germany, Denmark, Austria and the Baltic States, along with Greece, being notable examples. Others have not. Belgium still currently has the highest death toll per capita in the world and, even when adjusting for their counting formula, it has hit here hard. The UK, meanwhile, has the third-highest number of deaths of any country in the world.

Questions will be asked about what could have been done better. Particularly in care homes, where tens of thousands of our most vulnerable citizens have succumbed to this horrible disease. Inquiries will follow; in some countries, they have already started. Localised outbreaks are still occurring, in North Rhine-Westphalia, Lisbon and Leicester. And there will be many more. Most scientists predict a second wave later this year.

But life is thankfully getting back to some sort of normal. In Germany over the past seven days, restaurant numbers are only two per cent lower on average than a year ago and retail sales are down only 10 per cent. In most countries, bars and restaurants have reopened, alongside museums, zoos and even (tentatively) theatres and cinemas. Many Europeans are still planning on taking foreign summer holidays, though most will stay relatively near home.

However, we haven’t yet felt the full economic tsunami that is ripping through Europe. Lots of businesses have simply not reopened, even when restrictions have been lifted. Others are struggling to survive, let alone thrive. Millions will lose their jobs in the coming months. Many already have. Airbus for example announced 15,000 job losses worldwide yesterday; thousands of them in Germany, France and the UK. This as Europe’s political leaders grapple with the scale and scope of the catastrophe. The answer: a €750 billion recovery fund, using shared debt for the first time. Emmanuel Macron wants a deal this month, that is far from certain, but Europe literally can’t afford to wait very long for one.

The past six months have changed so much and have disrupted our lives. We have all grown used to washing our hands more regularly, keeping our distance, not shaking hands and wearing face masks. And, while these changes in habits are important in terms of protecting lives, I hope they don’t linger. Being human should be about close contact, not a two-metre gap (apart from washing hands, of course, I’m a big fan of continuous hand washing).

Many columnists have indulged us with suggestions that things will not be the same again. I’m not sure that’s true. It takes more than a couple of months to change the habits of a lifetime. Yes, we are buying more things online, more of us are working from home, global trade is becoming more local and business travel is being curbed. But, we are going back into shops, offices will fill up again, countries will still trade and Europeans are returning to the skies. There is a shift taking place, but the pandemic has merely sped up these trends rather than brought about a profound change, at least for the moment.

Finally, this crisis has been difficult in terms of coordination. Countries, even here in Europe, have been known to act in their own interest. It should be said, though, that the crisis has also brought out the best in humanity: from doctors initially flying to Italy to help out in their hospitals, to a new-found appreciation for our key workers both in the health industry and in customer-facing roles. And we’ve seen it in the smallest of acts, such as checking up on our neighbours more during the lockdown.

The past six months have tested us all and will continue to do so. Worryingly, this virus might never go away. But, drugs are now being developed and hopefully, a vaccine will be found. We are learning so much more about the disease and how to manage the damage caused every day. The worst might still be to come, but we can - and will - get through it together.