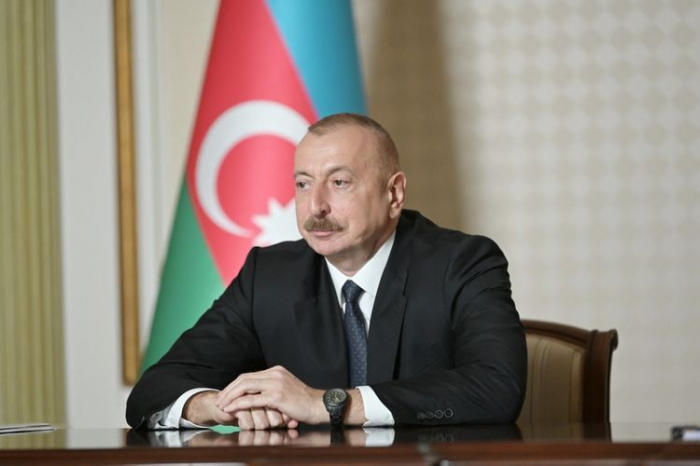 Thanks to major investments in the transport sector in Azerbaijan, modern transport and logistics infrastructure has been established. In 2018, the Alat International Sea Trade Port with a cargo handling capacity of 15 million tons of cargo per year, including 100,000 units of 20-foot containers has been commissioned. Cargo transhipment potential of the Baku International Sea Trade Port will be increased up to 25 million tons per year in the future.

President Aliyev made the remarks on Thursday during a video conference with his Afghan and Turkmen counterparts Ashraf Ghani and Gurbanguly Berdimuhamedov respectively, AzVision.az reports.

The head of state said that Azerbaijan has the largest fleet, more than 260 vessels in the Caspian Sea: "10 ships have been built and 140 platforms repaired at the modern shipyard in Azerbaijan since 2013".

"Currently, 2 RoPax type of ferry vessels and 3 oil tankers are being built at the plant. It is planned to build more ships in 2021. These ships will serve to increase cargo transportation through the Caspian Sea."