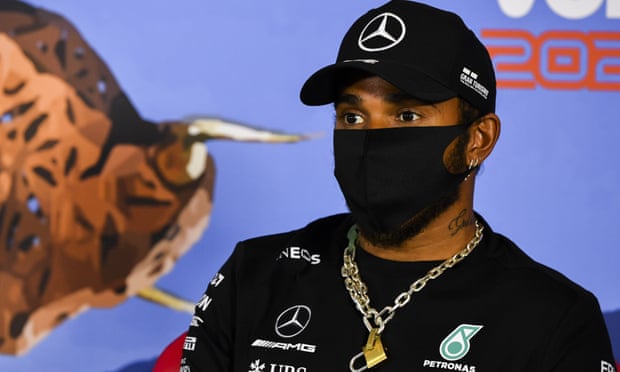 Lewis Hamilton has said winning the Formula One world championship this season would mean more than ever given his personal commitment to the Black Lives Matter movement.

Speaking in Spielberg as the sport prepares to hold its first race of the season in Austria, the six-time champion insisted the equality he is so actively encouraging and pursuing will not come about with ease.

Hamilton, the only black driver in Formula One, has been vocal in his condemnation of racism and in his calls for F1 to address the lack of diversity in the sport.

“Winning the title this year would mean more than ever before, being that it is such a momentous year in the sense of this pandemic, which we are still fighting – but [also] on a more personal level, the Black Lives Matter [movement] and fighting for injustice and equality,” Hamilton said.

“It is not going to change in our time, our generation but for our kids, it is such an important moment for us, so winning the world title during this time would be even more important.”

Hamilton is pleased at the progress F1 had made in acknowledging its lack of diversity thus far but as someone who had direct experience of racism since he was a child, cautioned against any complacency. “It is a starting point. But I won’t stop pushing until we really see change. Seeing one person of colour added to to the paddock is not diversity.”

Hamilton attended a Black Lives Matter march in London and has created a commission in partnership with the Royal Academy of Engineering to engage young black people in STEM subjects and encourage then to enter motor racing and engineering. Mercedes, Hamilton’s team, are also going to race in black cars rather than the traditional silver livery this year, bearing an “End Racism” message, with the British driver and his teammate Valtteri Bottas also wearing black overalls.

Mercedes have also initiated a diversity programme, after revealing that of their 1,000-strong workforce only 3% belong to minority ethnic groups and only 12% are women. F1 in turn reacted by creating the We Race As One initiative, which includes a task force to encourage a greater range of ethnic minorities into the sport.

Hamilton cautioned that these efforts should only represent the beginning of genuine change in F1. “It has to be sustainable, that’s the whole point. It’s not enough to take a moment to just post blackout Tuesday or whatever it may be, and then go back to regular lives. It has to continue. Black people don’t have the privilege of being able to take a moment out. It’s something we have to stay on top of, the industry has to stay on top of, we all have to come together. Each of us, our voices are powerful, and if we bring them together collectively we can have a huge impact if we all stay on it.”

Hamilton did not specify whether the drivers would take the knee before the race at the Red Bull Ring on Sunday but he maintained that they would collectively agree on making some form of gesture to acknowledge Black Lives Matter. “We haven’t all spoken so I am sure this weekend we will,” the 35-year-old said.

“It’s not something that has been at the top of my mind. I have been asked about it multiple times but it has not been a priority to me to come with a plan to kneel at the start line. We will see on Sunday, whatever we do we will try to do it united, it’s really important we become united in this sport and we really do have to, to fight the injustices and inequality.”

The race this weekend is the first of eight planned to take place in Europe after the coronavirus outbreak caused the opening meetings to be called off. All will take place behind closed doors. F1 is holding two back-to-back races in Austria before heading directly to Hungary.

All teams and personnel are subject to a strict testing regime and interaction is limited and successfully managing to hold the opening two races at the Red Bull Ring will be an auspicious start for a season F1 hopes will extend to 15-18 races.