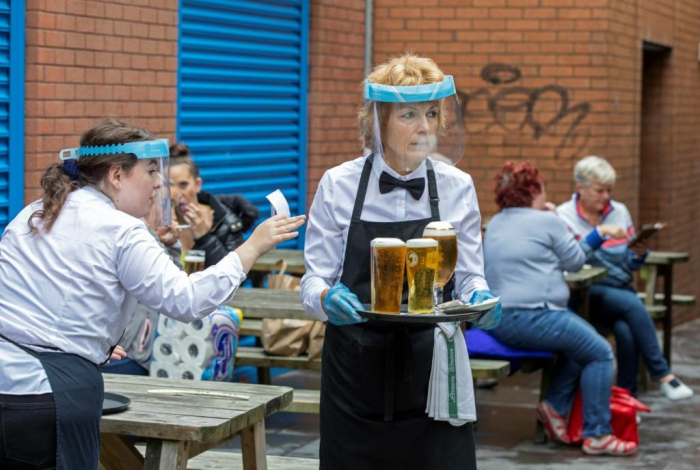 Perhaps nothing is as quintessential to British culture as a pub.

Beer-guzzling Brits have been deprived of their regular haunts since the country shut down abruptly in March, as the coronavirus pandemic spread.

Dotted on almost every street corner, pubs are part of the fabric of British life — a place to gather, chat and imbibe. But for the last few months, Britons have been forced to drink at home.

That will change Saturday, when pubs in England are officially allowed to reopen — a date already dubbed "Independence Day" by many revelers and referred to in the tabloid press as "Super Saturday."

Pubs in Scotland and Wales are expected to reopen later this month, while they reopened Friday in Northern Ireland.

Bar stools will be dusted off, counters wiped with sanitizer and hearths re-lit, as pubs prepare to open their doors — with many parched pubgoers delighted.

"We want to get back to being human," Ian Snowball, a bar owner.

"There is a genuine excitement," he said. "They want to let their hair down."