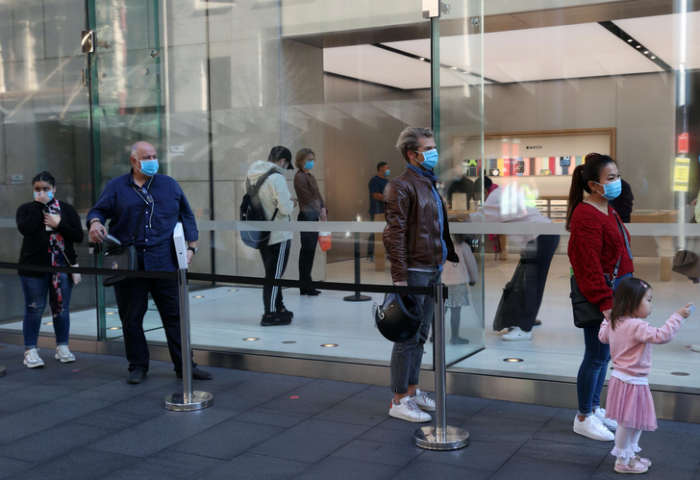 Australia is closing its border between two of its most populous states, authorities said Monday, as officials announced measures to tackle a spike in coronavirus cases in Melbourne, AzVision.az reports citing Euronews.

The border between the states Victoria and New South Wales will be closed from midnight on Tuesday, officials from both states said.

The move comes as Melbourne, Victoria's capital, announced a surge of 127 new cases on Monday.

No date has been set for the reopening of the border.

Victoria's Premier Daniel Andrews said the decision to close off the state was "the smart call, the right call at this time, given the significant challenges we face in containing this virus".

Australia has recorded more than 8,500 cases of COVID-19 and 105 deaths from the virus.

The country had eased restrictions in the last few weeks but Melbourne has seen a surge in community transmissions, which has pushed authorities to put nine high-rise public housing towers, home to 3,000 residents, into lockdown on Saturday.

Strict social distancing measures have also been enforced in 30 suburbs.

“What is occurring in Victoria has not yet occurred anywhere else in Australia,” said New South Wales premier Gladys Berejiklian.

“It’s a new part of the pandemic and, as such, it requires a new type of response,” she added.