Baghdad International Airport targeted after rocket attack on US Embassy 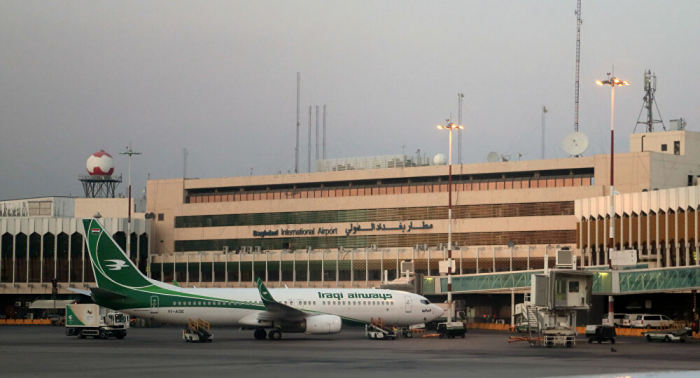 A rocket landed near the Baghdad International Airport in the early hours of Monday, which comes after the US embassy in Baghdad came under a rocket attack, Iraq’s Al Sumaria TV reports.

"One rocket landed in the vicinity of the Baghdad International Airport," a security source told Al Sumaria TV, adding that nobody was injured and that the rocket did not explode.

Early on Sunday, it was reported that the US air defense system repelled a rocket attack targeting the US embassy in Baghdad. According to Al Sumaria, one child was injured when a rocket fell on a residential building near the embassy.

A US State Department spokesperson told Sputnik in a statement that an investigation into the rocket attack on the US embassy was underway.

"We are aware of reports of a rocket landing in the International Zone. Iraqi security services are leading the investigation. The threat from rocket attacks is a danger not only to us but to the Government of Iraq, neighboring diplomatic missions, and residents of the former International Zone and surrounding areas," the spokesperson said.

The Sunday rocket attack occurred several hours after US forces located in the Iraqi capital’s "green zone," where government buildings and embassies are located, tested the Patriot air defense system. Iraqi lawmakers have condemned the test, stating that it was a provocation.