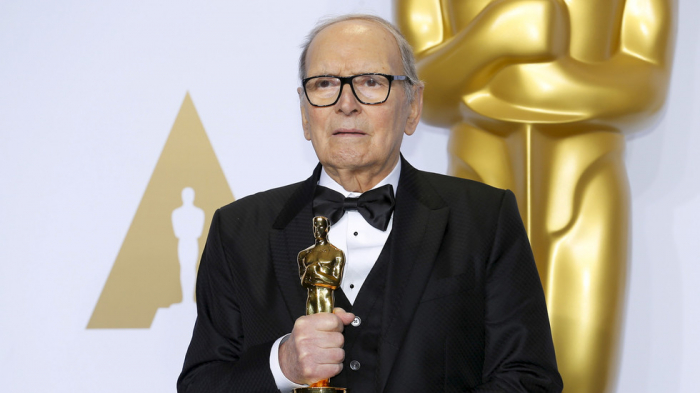 Italian composer Ennio Morricone, the mastermind behind many iconic Spaghetti Western soundtracks, has died following complications from a fall at the age of 91, AzVision.az reports citing RT.

He died in Rome after suffering complications from a fall last week in which he reportedly broke his femur.

The composer and conductor wrote the music for over 500 films throughout his illustrious career.

Morricone won two Oscar awards, one in 2007 and another in 2016, and was world-renowned for his partnership with Sergio Leone, producing the soundtracks for films such as ‘For a Few Dollars More’ and ‘The Good, the Bad and the Ugly’.

In 2007, Morricone received an Academy Honorary Award “for his magnificent and multifaceted contributions to the art of film music,” and was nominated for a further six Oscars before finally becoming the oldest person ever to win a competitive Oscar in 2016 for his score for Quentin Tarantino’s ‘The Hateful Eight’.

He also won three Grammy Awards, three Golden Globes, six BAFTAs, and many other European and world cinema awards throughout his career.

A private funeral will be held “in respect of the feeling of humility that has always inspired his life’s work,” Morricone family friend and lawyer Giorgio Assumma announced on Monday.