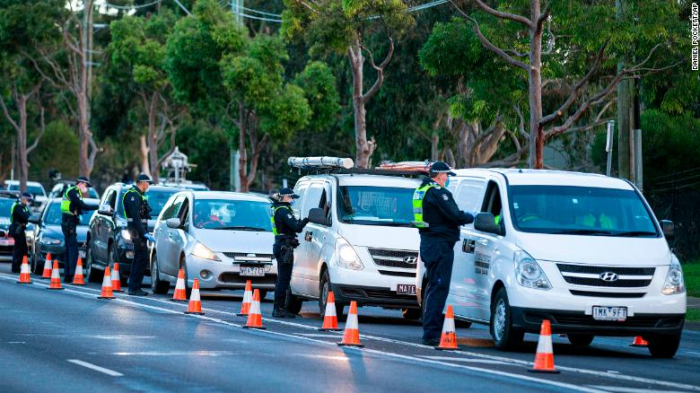 The Australian state of Victoria has announced a judicial inquiry into the management of a hotel quarantine scheme after a surge in the number of coronavirus infections were linked to protocol breaches, including reports of private contractors having sex with quarantined travellers.

Guests in the hotels linked to the outbreak, which has resulted in hundreds of new positive cases of Covid-19, were returning travellers who were required to spend 14 days in quarantine.

State premier Daniel Andrews announced the A$3 million (approximately £1.6 million) inquiry as the government faces scrutiny over the outbreak, which led to 300,000 people in Melbourne being locked down.

There were also cases of illegal socialising among staff, such as sharing cigarette lighters or car-pooling, said Mr Andrews.

“It is abundantly clear that what has gone on here is completely unacceptable and we need to know exactly what has happened,” he said in a statement.

Lisa Neville, the state’s emergency services minister, told ABC News: “I’m angry, whether it was individuals or companies did not take this seriously enough, and we’ve got this spread. I think they’ve let Victorians down.”

Australia’s Minister for Health, Greg Hunt, said the allegations of guards sleeping with guests in quarantine, if true, “would be completely and utterly unacceptable”.

Speaking to broadcaster Channel Seven, he said authorities in the state would be encouraged “to throw the book at them”, adding: “There are two cases where it appears that there have been clear breaches with significant ramifications.”

Friday saw an increase of 66 new cases in Victoria, bringing the total number of infections in the state to 2,368, reported the Department of Health and Human Services.

A “targeted blitz” of widespread testing was launched in 10 suburbs in Melbourne to identify and mitigate the chains of community transmission.