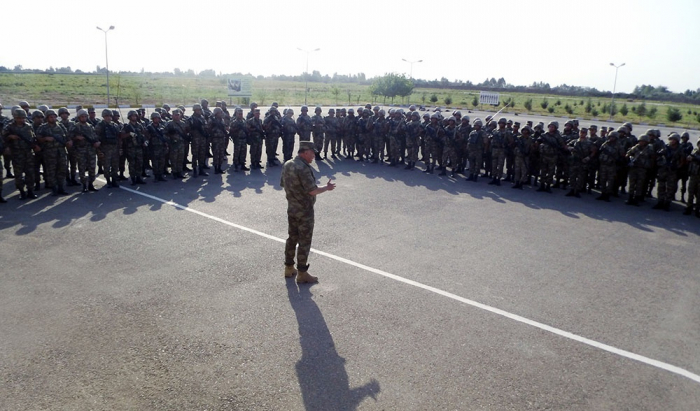 Under the instruction of Azerbaijani Defense Minister, Colonel General Zakir Hasanov, a group of officers of the Main Department for Personnel led by Deputy Defense Minister, Lieutenant General Kerim Veliyev, checked the level of combat and moral-psychological training of the military personnel of the foremost units.

During meetings with various categories of servicemen, the Deputy Minister, bringing to their attention the requirements for strengthening ideological work put forward in recent speeches of the Supreme Commander-in-Chief, Mr. Ilham Aliyev, discussed with the military personnel issues of combat, moral-psychological and physical training, as well as military discipline, the Defense Ministry told AzVision.az.

The deputy minister, noting that as a result of the successful fulfillment of the tasks assigned for the Azerbaijan Army by the Supreme Commander-in-Chief, the combat capability of our army, the patriotic spirit, and the level of moral-psychological training of military personnel have significantly increased, has emphasized the importance of strengthening ideological work.

The military personnel was once again reminded of the importance of an in-depth study of weapons, military equipment, and other combat means, the quality of theoretical and practical training in socio-political training, the strengthening of educational work conducted both individually and collectively, and further strengthening the friendly atmosphere among servicemen, constant inculcation of a feeling of hatred for the enemy, encouragement of initiatives, paying special attention to the health status of military personnel, as well as about the other instructions of the defense minister.

During the meetings, the minister’s instructions regarding the further increase in the level of intensive combat training, conducting exercises and training in the daytime and at night, and strict observance of the daily routine and the requirements of combat duty were also brought to the attention of the military personnel. 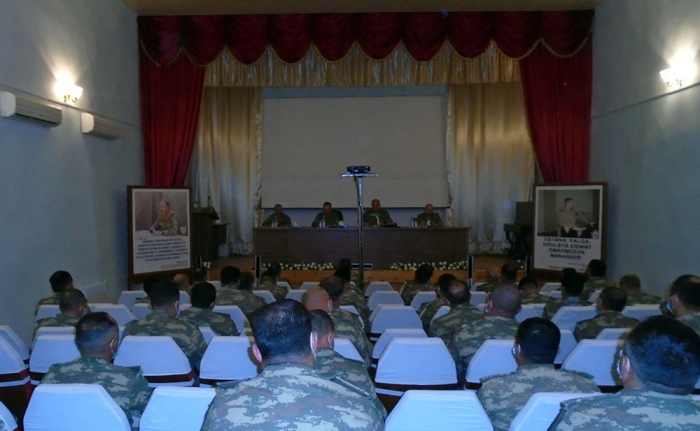