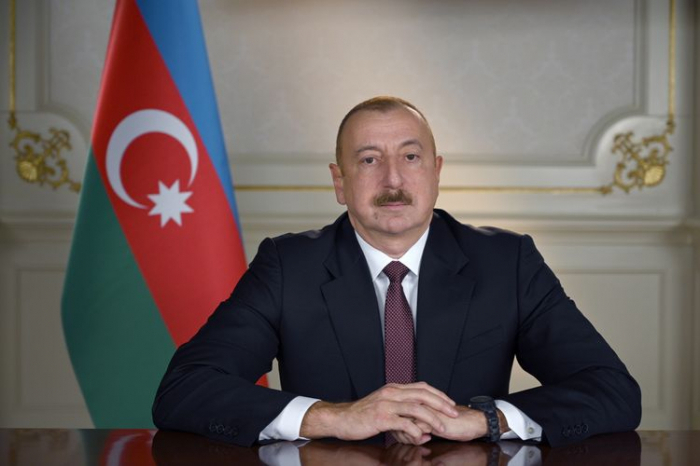 President of the Republic of Azerbaijan Ilham Aliyev has made a phone call to United Nations Secretary-General Antonio Guterres.

During the conversation, President Ilham Aliyev underlined Azerbaijan’s support for the efforts of the Secretary General and the United Nations, including multilateral cooperation in the fight against the COVID-19 pandemic.

The head of state noted that Azerbaijan had donated $10 million to the World Health Organization and provided humanitarian and financial assistance to more than 30 countries in order to combat the COVID-19 pandemic.

On behalf of member states, President Ilham Aliyev, as chairman of the Non-Aligned Movement, thanked the Secretary-General for his prompt response to the UN General Assembly's request to convene a special session on COVID-19, emphasizing that more than 130 UN member states supported the initiative.

The head of state pointed out that the Secretary General's leadership is of crucial importance in convening the UN General Assembly’s special session in response to COVID-19.

President Ilham Aliyev affirmed Azerbaijan’s readiness to contribute to the solution of technical and logistical issues relating to the special session.

UN Secretary-General Antonio Guterres thanked President Ilham Aliyev for the phone call. Expressing his support for the initiative of the UN General Assembly to hold a special session in response to COVID-19, the Secretary General said that the UN is ready to work with the Azerbaijani side to resolve technical and logistical issues. The Secretary General also hailed Azerbaijan’s active work to implement the UN Sustainable Development Goals.

President Ilham Aliyev and Secretary-General Antonio Guterres expressed their confidence that the special session to be held would be a significant step in the fight against the COVID-19 pandemic.