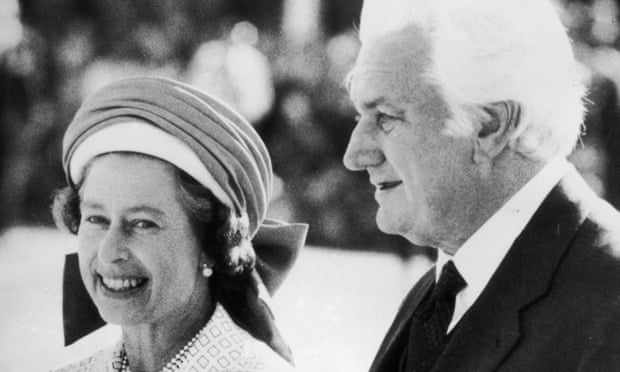 Previously secret correspondence between the Queen and former Australian governor general Sir John Kerr surrounding the dismissal of Gough Whitlam will be released in full on Tuesday morning, Australia’s national archives has confirmed.

The decision will guarantee the public will be able to access the entirety of the so-called palace letters, a series of more than 200 exchanges between the Queen, her private secretary and Kerr, the then-governor general, in the lead-up to the 1975 dismissal of Whitlam, the then-Australian prime minister.

The National Archives of Australia has spent more than a month working through the documents following a momentous high court decision finding it was wrong for the archives to withhold the letters from historian Jenny Hocking.

The archives said it needed the time to consider whether any additional exemptions could block their release. But its ultimate decision was that they should be released in full on Tuesday at 11am.

“The National Archives is proud to function as the memory and evidence of the nation, to preserve and provide historical Commonwealth records to the public,” archives director-general David Fricker said.

Hocking had not been made aware of the archives’ decision before being contacted by the Guardian. She said she was “delighted” the archives had decided to release the documents without exemption.

“I think this is the most appropriate response to what has been an emphatic high court decision and I thank the archives for their trouble in reaching this decision,” she said.

The archives said the release would comprise six files, which include more than 1,000 pages. The correspondence itself is made up of 212 letters, including attachments such as “newspaper clippings, reports, and copies of letters related to meetings and events attended by Sir John Kerr during his tenure as governor general”.

Hocking has previously found evidence that the palace knew of Kerr’s consideration of whether or not to dismiss Whitlam and was involved in deliberations. She believes the palace letters could reveal what the Queen said and whether she influenced Kerr’s actions.

The archives had previously refused to release the documents because it said they were “personal” communications between the Queen and the governor general which were not subject to the usual law opening up official commonwealth records to public release after 30 years.

That interpretation was supported by the federal court but ultimately rejected by the high court.

Following the high court’s decision, the archives said it had 90 days to decide whether further exemptions applied.

“To ensure the records are released in accordance with the Archives Act 1983 they are required to go through a declassification process which may take up to 90 business days,” the archives said.

That delay was labelled “extremely disappointing” by Hocking, who said the laws governing the archives suggested they only had 30 days.

It had also prompted concern that the archives would apply other exemptions to partially prevent release.

Those exemptions, set out in section 33 of the Archives Act 1983, prevent the release of information for a variety of reasons, including where it would damage Australia’s security, defence or international relations, reveal confidential information provided to the Australian government by a foreign government or an international organisation, be a breach of confidence, interfere with law, or unreasonably disclose information about someone’s personal affairs.